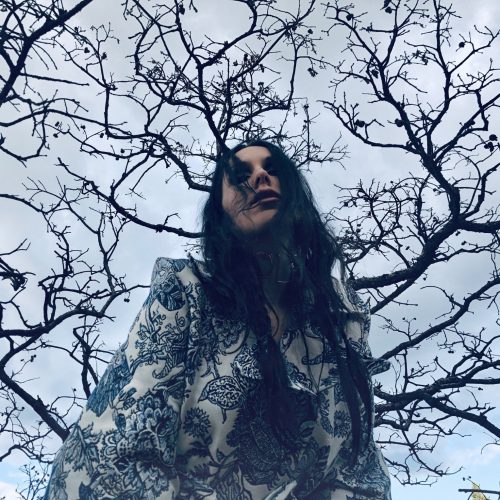 Singer-songwriter Chelsea Wolfe is mostly known for her distinct fusion of folk music with more extreme forms of music such as industrial, doom metal and drone. These are not styles you think of when you think of the hippies or either version of “Woodstock,” but Wolfe has chosen Mitchell’s version as her inspiration on a new cover.

Wolfe’s “Woodstock” opens with ringing piano that could fit on the Westworld soundtrack. She mostly sticks to Mitchell’s version, keeping things sparse and soft, arguably even sparser than the original. However, there are the subtlest of touches that give the song an aura of the sinister – or at least an aura of mystery. (It could be some barely audible guitar feedback or a loop.) Though she doesn’t deviate from the original, she still makes it sound like her own, about some completely different music festival from an alternate timeline.