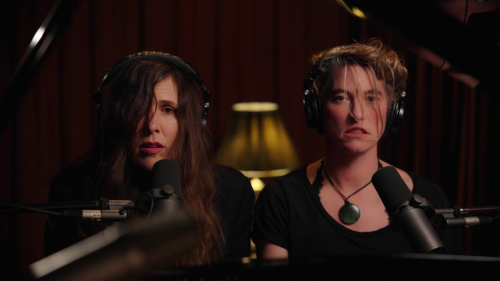 The track is slow and deliberate, Palmer’s solo piano mixing the melodies of both songs while the lyrics of both songs are sung in an almost call-response format. Fountain sings the sexually aggressive “Blurred Lines” lyrics, as Palmer responds with a scared and tragic delivery of “Rape Me.” The song builds to a crescendo as both artists nearly scream at each other, one for sexual domination, the other mocking the mindset the dominant person thinks the other may have. It’s a powerful statement on how women are still treated as objects by men, and the near exhaustion felt by women.