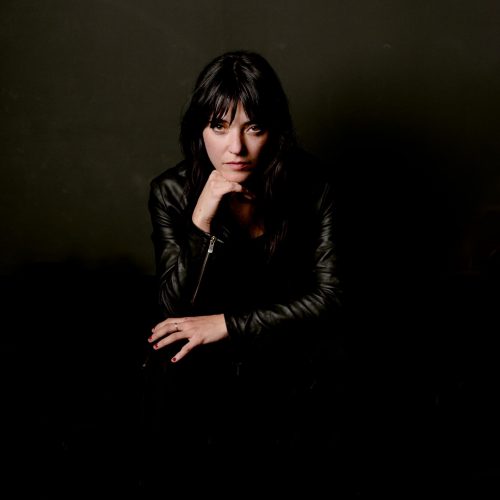 The version of the Velvet Underground classic sounds expansive and restless, with a resolute vocal performance from Van Etten that flows in long waves atop the song. What sets Van Etten’s cover apart though are the massive currents of noise that she runs beneath the surface. In lieu of the original’s delicate arrangement, “Femme Fatale” here features a churning wash of low feedback and trudging piano chords, moving like a big tide. (Down in the mix, too, is Angel Olsen on background vocals.) Van Etten’s titular subject is no longer just some passerby, observed at a cool remove — she’s a mighty force.

When I was asked to try a hand at covering Femme Fatale, my gut automatically wanted to go to a darker, ominous place, with a shadow of romance. All sentiments that remind me of Nico.
A wanderer. Striking, yet devastating.

I was confiding in Angel Olsen a lot at the time of recording this, and needing direction, looking for inspiration… this song marks the beginning of me getting the courage to ask Angel to collaborate with me. The vocal that she contributes elevates the song in a way that I couldn’t do on my own and it also represents how she has lifted me up since the day I first reached out.

As with many of the I’ll Be Your Mirror preview tracks released to-date — among them, covers from Kurt Vile, Matt Berninger, and Courtney Barnett — Van Etten’s cover feels understated, novel and still entirely in step with The Velvet Underground’s volatile spirit. Check out the cover of “Femme Fatale” below, and buy/stream the full I’ll Be Your Mirror record this Friday here.