For, undoubtedly, their imprint on rock music has been hugely out of proportion to their actual footprint. I forget, maybe it was all those who bought their first album started a band, but again, the numbers don’t really stack up until you collate the cumulative sales, decade on decade after the initial release. (Ed: It was, in fact, no less than Brian Eno who made this assertion, in 1982.) Hampered by a brace of lawsuits, relating to the copyright of some of the cover photos, the album limped out in 1967, taking some time to ratchet up many sales at all, trashed by critics and ignored by the record label publicity machine. Lyrics about sado-masochism, IV drugs and prostitution were seen as anathema to the mores of the day, and the linkage to Andy Warhol, then enfant terrible of the American art-house film movement, will have hardly have warmed them to any mainstream audience. But maybe that was the point. Be that as it may, in the half century plus since, the star of this still sometimes difficult record has shone ever more brightly. That first album was, to give it its full title, The Velvet Underground and Nico, with the iconic banana logo, and it is this record that is here recreated and revisioned, revalidated and recalibrated.

This keenly anticipated project was the swansong of the mighty Hal Willner, the tributes maestro who left us a year last April, as a result of complications of Covid 19. Arguably the man who invented the idea of a tribute album, his legacy includes works as varied as the songs of Disney, the music of jazzers like Monk and Mingus, and, for good measure, the music and songs of Kurt Weill, Leonard Cohen and T.Rex. Eclectic or what? With an address book capturing just about anyone with a stake in modern musical art forms, not only did he have the vision, he knew how and who could best bear its fruit. This is no different, except it has a particular extra poignancy, in that he and Lou Reed were more than close, with a prolonged friendship lasting from Lou’s pre-VU days as a jobbing songsmith. That they remained friends through the sometimes difficult trajectories of Reed’s career, despite Reed’s legendary truculence, is a credit to them both, and this posthumous release categorises and clarifies his love of for Reed and the music of the Velvet Underground. 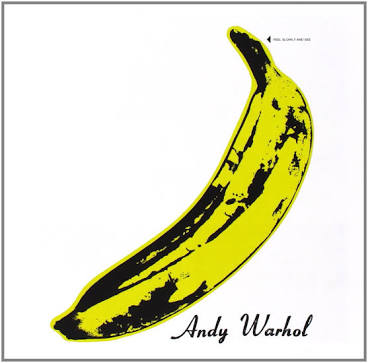 Much as “Sunday Morning’ beckons in the original as a sub-three minute burst of dreamy pop commerciality, with little idea of what is to come, here Michael Stipe is at his lightest croon, the song introduced by some sublime clarinet and faux-strings. Andy LeMester provides some high “Walk on the Wild Side”-style bass notes, and Stipe’s sister, Linda, some backing vocals. The melody is even more glorious than you remember, as odd fairground sounds flit in and out. It is a delight. Stipe, incidentally, also provides an introductory essay in the jewel case booklet, explaining both the project and giving some detail both to the background and to his remembrance of Reed and of  Willner. It is fair to say Reed gets greater attention here than John Cale, the yang to his yin in the group, which, given he wrote nine of the eleven songs is perhaps fair.

Man of the moment, Matt Berninger, the National man, tackles “I’m Waiting For the Man,” one of the more, um, celebrated of the songs, and a staple throughout Reed’s solo career, and subject to many a scuzzy cover version. Without playing very much with the template, Berninger cleans it up a little, giving it a slightly gaunter and strung-out feel, the backing redolent of clanging radiators and single bare light bulbs rather than evoking the wrong part of town at the wrong time of night. It works.

We have already featured “Femme Fatale” here, one of the three songs sung by Nico originally, her presence more the insistence of Warhol than for the dubious charm of her off key contralto. With another inspirational melody, Sharon Van Etten has little to do to surpass that, but actually takes the time and trouble to really gift the rendition with some of her best ever vocals, every note drawn out, sounding, bizarrely, aided by the piano and strings arrangement, like After the Goldrush-era Neil Young, the tune carrying also, dare I say it, hints of ‘Imagine’. In a good way, a decidedly good way. Deep in the mix it is Angel Olsen who sings the backing.

“Venus in Furs” would probably be where John Cale made his biggest impact and brought most influence to bear, with the atonal viola drones that characterise his presence. Andrew Bird is better known for his violin than viola, and it is this he plays here, losing Cale’s Indian raga tones for a more classical feel, you almost expecting some Gregorian monks to start up, rather than Bird’s own voice. With Jess Wolfe and Holly Leissig of Lucius trading verses with Bird, ahead of the unison chorus, it has a strange charm, with a freefall pizzicato in the middle eight, instead of merely maintaining the drone, ahead of it becoming progressively eastern, maybe Chinese, as it flows, all very redolent of an opium drenched dream sequence.

Another song earlier previewed, Kurt Vile‘s “Run, Run, Run” is perhaps the most identikit of the songs here. A two chord garage rumble, he has the benefit of a cleaner production, but his drums, Kyle Spence, ape perfectly the primitive thump of Mo Tucker as indeed they ought. Considerably longer than the Velvets, there is some build and progression, but it isn’t a song I would return to repeatedly, unlike the others so far. This is followed by the song that has broached a good deal of discussion elsewhere, St. Vincent‘s deconstruction of “All Tomorrow’s Parties.” I guess I need a D.O.I. in that is has long been my favourite VU song, even with Nico’s sonorous tones. Rather than flying with the tune gifted it by Reed, another beauty, she chooses to mutter/whisper the lyric over a discordant piano, as her additional vocodered vocals echo her phrasing. It looks up as some Berlin jazz club piano starts playing, but then it is back to the spoken word/vocoder vocal car crash. All very clever, I’m sure, and maybe more the cup of tea of Reed’s widow, Laurie Anderson, but not mine. More destruction than deconstruction.

The name Thurston Moore can sometimes alarm a forewarned listener, his oeuvre sometimes so impenetrable as to be, at best, challenging. On other occasions he can prove much more amiable fare; I am more a Rather Ripped guy than his more avant garde work with Sonic Youth or his even more extreme solo and collaborative extreme noise terror. So it is with some relief to say this is the easier Moore, a fairly straight take on this paean to a “spike in the arm.” With Bobby Gillespie providing a suitable stoned vocal, Moore avoids the temptation to go feral over the seven minutes. Although it still has the speeding up/slowing down pulse of the original, strangely it is the slower aftermath that lingers more, with controlled feedback squalling appropriately as a contrast to the picking and strumming. It seems a more worldly manifestation of the subject matter and is all the more scary for that.

I don’t know much about King Princess other than she is a protege of producer/performer Mark Ronson. But I like very much her “There She Goes Again,” a song much vilified for its misogynistic bent. Almost Stonesy in its original guise, with a somewhat ludicrous backing vocal refrain, here it retains the same 60s beat group vibe, Princess giving a creditable Reed drawl, the backing vocals retained similarly, if better sung. The difference is how she gives the feeling that she is taking it not nearly as seriously as she might, either laughing at or ignoring the more offensive lines. It gives permission to listen again, in these more woke-conscious times.

The title track for this project, “I’m Your Mirror,” is provided by the Australian Courtney Barnett, she also taking an axe to the template offered her. Rather than the dated yé-yé, if you will, of the 1967 version, allowing for the fact that Nico was German rather than French, Barnett approaches this as a simple acoustic guitar ballad, her drawled delivery perfect for the lyric, the result offering so much more in the relatively simple spareness she gives it. This then allows for the stark contrast of Fontaines D.C. to sturm and drang their raw Dublin punk through “The Black Angel’s Death Song.” Then a pièce of resistance for Cale’s viola, here any such nod to tunefulness, a term I use lightly in this context, is discarded for pure drone and drums, the vocals spoken as a staccato chatter. There is, like the original, hissing. Oddly, it is magnificent, if malevolently so.

Final track, “European Son,” is nominally pretty much two verses of filler, followed by an extended free form wig out. At least it was when performed by the Velvet Underground, live versions lengthier still, and prone to get them uninvited back to venues. Let’s say the best thing about is is John Cale’s bass. It should even be little surprise that Thurston Moore has covered it on one of his solo recordings. Here it becomes a plaything for Iggy Pop, the only player here likely to have had any real time exposure to the band, with many not even born until considerably later. With Matt Sweeney aiding and abetting on guitars, it is utterly bonkers. Pop gurns and groans throughout, becoming increasingly manic, shrieking and ululating in the background over Sweeney’s electrical storm. The bass, as on the original, is perfect, and rather than the occasional added extraneous thump or crash in the background, it sounds as if Pop is slowly demolishing a kitchen just out of sight, howling joyously as he goes about it. Old enough to know better, he clearly doesn’t, and it may be one of the strangest tracks you hear all year. It’ll have you smiling. Unlike the original, you’ll play it more than once.

This is a very good record indeed, a valuable and viable testament to both the Velvet Underground and to Hal Willner, the executive producer who set it all up. OK, and to Nico. At a time when maybe, just maybe, the Velvet Underground might be losing some traction, with Lou Reed gone and John Cale in full elder statesman mode, with, too, the bands that bought that record themselves beginning to age, this may prop up their standing, alerting newer and younger audiences, as well as pleasing the long time fans.

I’ll Be Your Mirror track listing: