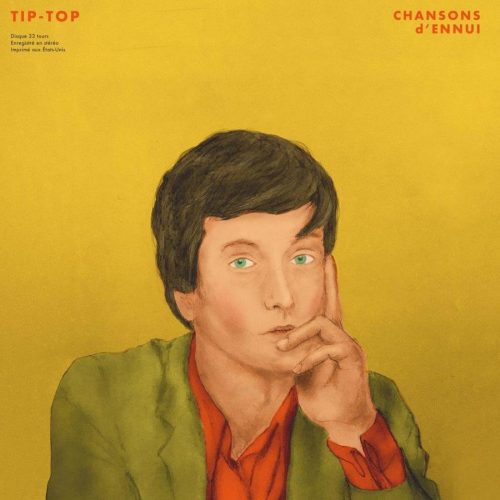 Jarvis Cocker and Wes Anderson have shared a bit of a creative pas de deux through the last decade. The former Pulp frontman, and current bandleader of the eponymous group Jarv Is…, appeared initially in Anderson’s 2009 Fantastic Mr. Fox, playing a claymation town crier. (Given the fox connection, it’s not surprising to hear Cocker’s song in that film lovingly cop from Roger Miller’s jangly tunes and ramblin’ bird-bard role in Disney’s Robin Hood.) Anderson’s remaining 2010s films took him to farther corners of the globe, sonically speaking; the Isle of Dogs soundtrack, for example, almost exclusively features taiko drumming from Kaoru Watanabe and songs from classic Japanese cinema. But Cocker and Anderson have seemingly continued to vibe with each others’ work from afar.

Now, the pair have linked up for another film collaboration. Cocker has shared an impassioned cover of “Aline,” a pop ballad by ‘60s French crooner Christophe. The track was released in conjunction with Anderson’s forthcoming film The French Dispatch and finds Cocker hamming it up over a sweeping, near-whimsical soundscape of harpsichord, strings and and some especially ascendant/showboat-y drum work.

In a nice turn of elaborate Anderson-esque world-building, this won’t be the only French pop cover we’ll be getting from Jarvis Cocker. “Aline” is one of ten tracks he’ll be releasing on an album next month, under the extremely silly moniker Tip-Top — a fictional crooner alter ego of Cocker’s own devising. The Tip-Top record, Les Chansons d’Ennui, will feature covers of mid-century French pop vanguards like Serge Gainsbourg, Brigitte Fontaine and Françoise Hardy. It’ll be out on the day of The French Dispatch release in October, alongside the film’s actual soundtrack too. Sacre bleu.

Pre-order/stream Jarvis Cocker’s Tip-Top French covers album here, and check out his cover of “Aline” by Christophe — with a music video directed by none other than Wes Anderson — below.