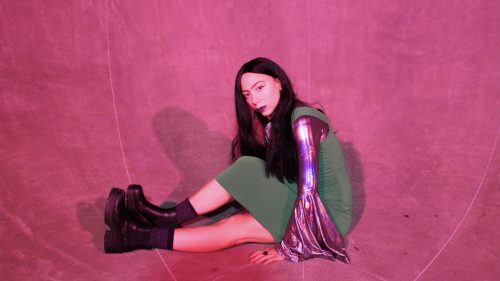 The latest comes from producer, singer, and songwriter Princess Nostalgia, who gives the tune a bouncy electropop sheen, changing up the rhythm and emphasizing the song’s homoerotic undertones. In an email, she describes the origins of her cover:

“My personal journey into Dolly Parton’s world began when Radiolab released the podcast series, Dolly Parton’s America. Needless to say, I was late to the party. Obviously, I was blown away by her musical genius. Perhaps more importantly, I was deeply touched by her spiritual power. As someone who has struggled to find forgiveness in my heart, Dolly’s way of navigating relationships was nothing short of a revelation. Nowhere is this fact made more evident than in her song, Jolene. Instead of slandering her for being a man-stealing whore (as most country “cheating songs” sung by women tend to do), Dolly Parton instead pays homage to Jolene’s incredible beauty and power—suggesting that she might be more than just envious… In a cultural climate that often views country music with scorn, I was excited to prove that great songwriting transcends the limitations of genre. In directing and editing this music video, my aim was not only to pay tribute to an artist that renewed my faith in humanity, but also to shed light on the homoerotic interpretation of the song put forth by the folks at Radiolab. The video therefore features two parallel universes: one in which I am jealous of Jolene and another in which I am in love with Jolene.”