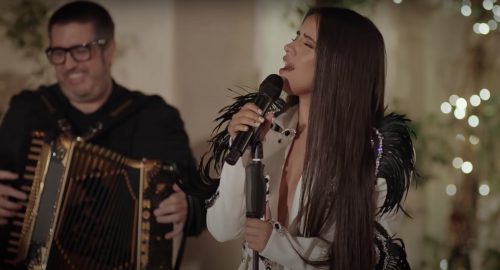 Camila Cabello and Olivia Rodrigo both performed at this weekend’s MTV Video Music Awards, and that’s not the only time their paths crossed in the past week. A few days ago, Cabello covered Rodrigo’s chart-topper “Good 4 U” for the BBC Live Lounge. And where Live Lounge performances are usually just in the BBC’s regular studio, Cabello brought Video Music Awards-level production to hers, performing at what looks like a wedding alter in a wild feathered cape.

Musically, Cabello dispenses with the pop-punk of Rodrigo’s “Good 4 U” entirely, bringing a south-of-the-border flair with congas, maracas, and accordion. It sounds almost like cumbia, though with a lot more angsty belt-at-the-top-of-your-lungs hollering. Check it out below.