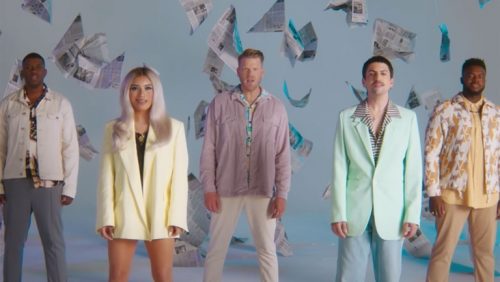 How can you make two of the biggest pop songs of the year even poppier? By covering them a cappella! After polling their Twitter following as to which BTS song they should cover, five-piece Pentatonix decided to mash-up two of the Korean giants’ biggest hits (and their two English-language chart-toppers) “Butter” and “Dynamite.”

It would have been very easy to just have the songs blend into each other in succession, but Pentatonix interweave beats and lyrics of both songs together to create a joyful and bouncy three minutes of K-pop fun. Check out the cover below.