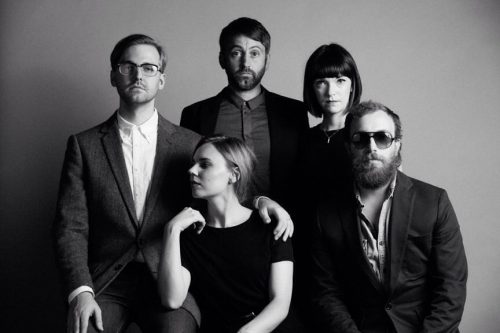 Dallas-based indie quintet Bethan makes lush, melancholic pop. The group’s sole full-length record, Time Gone By (released in 2014 and produced by longtime Midlake member McKenzie Smith), moves in swells of reverie — rich orchestration, profound piano ballads and lilting waltzes, all led by the heartening vocals of singer Jessi Hall. Though the band’s music is personal and grounded, its members also seem fully open to imagining their own dreamy musical realities, transcending anything that might sound inherently “Texan.” If anything, Bethan’s music feels like a midnight swim: surreal, tranquil and edifying, with a hint of wild impulse.

Now, Bethan are back to sharing new songs after a five-year pause. (As the band tell it: “We’ve had children. We’ve been sick. We’ve worked a ton. We’ve cared for each other.”) Their first release this year is a deep-pull cover called “I Remember,” written and initially performed by Molly Drake, the mother of Nick Drake, and a brilliant poet/musician in her own right. Molly’s body of work finally saw the light of day in a pair of compilations, released in 2013 and 2017 respectively. Her elegant compositions are centered around just voice and piano: small romantic tone poems that sound like parlor songs but cut like knives. Bethan’s cover expounds upon “I Remember” with some beautiful string work. Beyond that though, the band wisely keep the song simple, letting the song’s potent core speak for itself.  Romance, imagination, melancholy, wit — Bethan uncover all of this in the Molly Drake cover, and it’s an unexpected treasure.

Alongside the Molly Drake tune, Bethan are releasing a series of other weekly covers on Bandcamp this summer. Other recent offerings from the band include a rendition of “Stay Awake,” the wry-but-tender Sherman Brothers lullaby from Mary Poppins, and a stirring take on “Moon River.” Check out all of the covers here, and listen to Bethan’s cover of Molly Drake’s “I Remember” below.