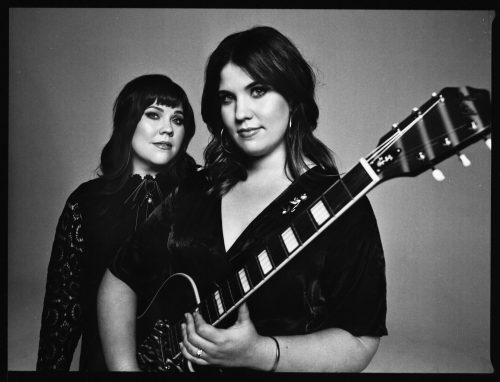 When it comes to covers, The Secret Sisters have quite a track record. The Americana duo, comprised of sisters Laura and Lydia Rogers, have featured the songs of their forebears prominently alongside their own from the start of their career. The pair’s self-titled debut record saw them covering the likes of George Jones and Nancy Sinatra. And though their last proper feature here at Cover Me — a raucous take on Johnny Cash’s “Big River,” produced by Jack White — appeared around the time of their initial record’s release way back in 2010, The Secret Sisters have offered up a cavalcade of increasingly progressive covers since: among them, Simon & Garfunkel, Brandi Carlile and even PJ Harvey.

Their latest release, Quicksand, is anchored by a pair of covers from two contemporaries, Fiona Apple and The Strokes. On their version of Apple’s “Heavy Balloon” — an album highlight from last year’s Fetch the Bolt Cutters — Laura and Lydia play with the bounds of their usual sound. The track blends the loose R&B-leaning grooves of their native Muscle Shoals with sharp vocals that edge toward Apple’s own avant-garde stylings.

Just as dynamic is the duo’s take on The Strokes’ “Someday,” which trades the original track’s blitzed abandon for decidedly mellower strains of upright piano and pedal steel. Though the overall interpretation of “Someday” skews more traditionally Americana, it’s no less revelatory. In particular, the Sisters tease out an unexpected crystalline beauty from Julian Casablancas’s typically-tossed-off lyrics.

On both covers, The Secret Sisters are clearly reveling in their creative independence and their deep familiarity as collaborators. It’s exciting to hear them taking chances with such decidedly non-traditional material. Stream the full Quicksand EP here.