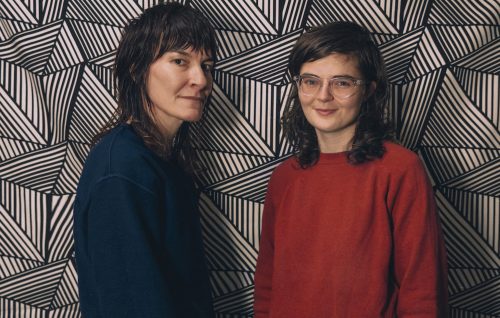 With its scratching violin and shouty vocals, the Raincoats’ bleak examination of a relationship “Fairytale in the Supermarket” is not for everyone. Really, little on their debut album is immediately accessible, given their tuneless vocals and aggressively noisy playing. Part of a wave of feminist post-punk in the UK in the late ’70s and early ’80s, The Raincoats became a cult band because of their distinct sound.

Australian musicians Jen Clother and Hachiku have decided to up the accessibility factor in their new “Fairytale in the Supermarket” cover. After a pounding drum fill to start, Cother mostly sings the song, though she does speak some of the lyrics. The music behind her constantly shifts from quiet soundscapes to shoegaze-level noise, with only the drums and Cloher’s voice remaining constant through the entire track. But even though Hachiku and the band go full shoegaze the backing track is still a lot more accessible than Vicky Aspinall’s screechy violin on the original. Here’s hoping this more tuneful cover will encourage more people to go back and check out this great band.