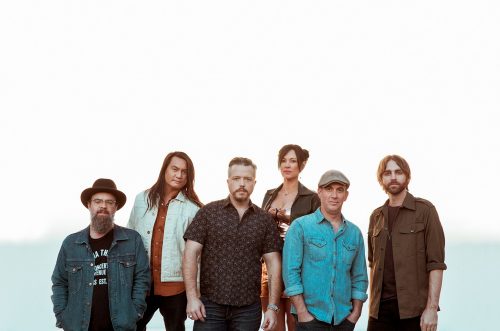 If it feels like everyone is covering Metallica‘s self-titled “Black Album” lately, that’s because a massive 30th anniversary cover collection called The Blacklist is coming out this fall. Jason Isbell‘s contribution is a version of the album’s fifth single, “Sad But True.” Other artists tackling the track for the The Blacklist have preserved the form of the music, even if they’re using synthesizers, but Isbell and his band, the 400 Unit keep the words and fiddle with just about everything else.

Their version opens with some extremely bluesy slide guitar and soon gallops into a stomping alt-country track. The tempo is way faster than the original and might be utterly unrecognizable if Isbell didn’t stick so closely to the vocal melody. There’s plenty of fancy fretwork leading into the famous break, but they subvert it by cutting it short. The effect is a song that sounds like it could be closer to some old song which inspired original, as if Metallic’s version of “Whiskey in the Jar” wasn’t the only traditional folk song they covered.