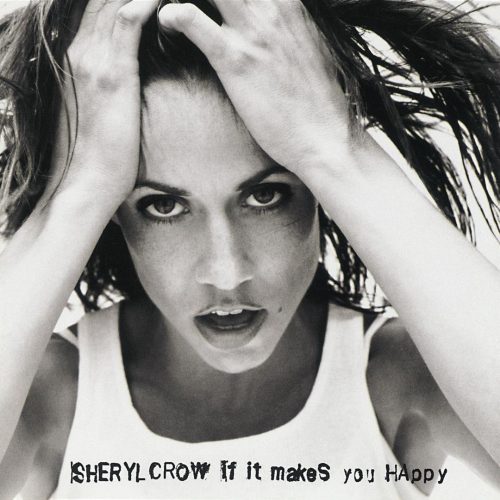 What makes a group “super” is a little relative. Who can really say what past musical experience is “enough” to make a new collaboration level up to the term? Take local music scenes for example. Hometown heroes might bounce between bands, creating the opportunity for what I’ll call local supergroups. Maybe they aren’t super to everyone, but they are super to their neighbors and loyal fans.

Let’s hear more under the radar supergroups who are united by Sheryl Crow’s 1996 hit, “If It Makes You Happy,” of all things. It was a self-care mantra for the world-weary before “self-care” was a common phrase that became a double-edged sword. “If it makes you happy, it can’t be that bad.”

Which cover comes out on top?

The Vinz Clortho cover is better.

The Curtail cover is best.

Phoebe Bridgers is in another supergroup, this time a duo, with Conor Oberst (of Bright Eyes). They both admired each other’s work and decided to team up. Here they also join forces with Soccer Mommy in their ode to Crow. It’s live and unpolished, but it’s full of feeling. And of course, it’s all about the chorus; I’m getting serious Crossroads energy here. If you are hooked and looking for more Bridgers and friends, both of Bridgers’ supergroups have performed on NPR’s Tiny Desk, and Better Oblivion Community Center has other covers to enjoy.

Vinz Clortho – If It Makes You Happy (Sheryl Crow cover)

This Milwaukee-centric supergroup, named after the Keymaster in Ghostbusters, is made up of Vic Buell (of Calliope), Luke Cerny, Myles Coyne (of Animals in Human Attire), Adam Gilmore (of Mortgage Freeman and Surgeons in Heat), Ken Hanner, and Chuck Zink (of Mortgage Freeman). Their take on this song is more laid back. Where the original is a rollercoaster of emphasis, this version is like watching a rollercoaster in slow motion. It goes up, it goes down, but not quickly, no whiplash here. The mellowness almost puts you in a dream state, but the slight dissonance in the background keeps you from nodding off.

Curtail – If It Makes You Happy (Sheryl Crow cover)

This local supergroup hails from Akron, Ohio and is made up of Dan Corby (of Bethesda), Ben Hendricks (of Annabel), Eric Sandt (of The Ground is Lava and Heavenly Creatures) and Jesse Sloan (of Cherry Cola Champions). This particular collaboration was borne of pandemic isolation. Most parts were recorded separately and later combined. The band is also donating the proceeds from this track to the Akron-Canton Regional Foodbank. I’ll get straight to the point: the group chanting and harmony on “baaaad” is what makes this cover best. Yes, the song kicks in right when you want it to (good), and at the 3 minute and 4:30 mark there are short interludes of flair (better), but that “baaaad” is truly best. This is not the only supergroup to make music apart during the pandemic; Social Order was formed by Matthew Di Panni (of The Mowgli’s), Anthony Improgo (of Parade of Lights), Mason Musso (of Metro Station), and Louis Vecchio (of New Politics).