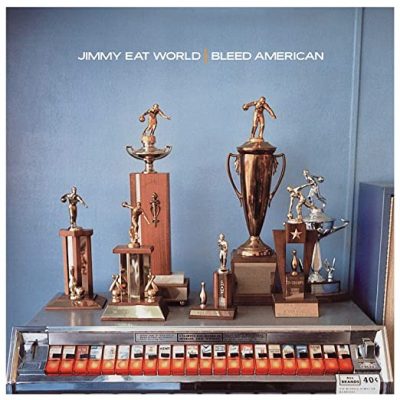 Just try your best, try everything you can, and don’t you worry what they tell themselves when you’re away.

There are rock-out days, and there are brooding days. Here’s Caroline Spence’s version of “The Middle” for the latter. It’s peaceful, almost a lullaby, starting with an acoustic guitar, and then yielding to a piano before they join together for the rest of the song. Spence’s voice is light and soothing. She used to close out her concerts with this cover, leaving her audience with this feel-good message.

Hey, you know they’re all the same. You know you’re doing better on your own, so don’t buy in.

Now we’re moving into dream pop territory. This version starts out simple, with another light touch on vocals and piano. Then Audrey Assad kicks it up a notch, with more assertive percussion and some extra synth partway through.  Then everything drops out, and we’re just left with our own thoughts for a brief moment. The music swells again for another pass through the chorus with its lyrical reassurances.

Live right now. Yeah, just be yourself. It doesn’t matter if it’s good enough for someone else.

Words to live by right there. What starts out as a fairly faithful cover, turns a corner and reveals some elements of a dance club bop. There is some voice changer effects (nothing too wild, don’t worry), and I take it to be foreshadowing that even in the future, “The Middle” will continue its reign as an uplifting hit.

It just takes some time. Little girl, you’re in the middle of the ride. Everything, everything will be just fine.

Now we get funky with deadpan Nataly Dawn. The vocals are a little exaggerated at first, like someone at a slam poetry reading trying to get the syllables to flow exactly right. The vocals loosen up as the song progresses, and especially alongside the shredding guitar solo turned guitar groove.

Everything, everything will be all right, all right!

If it’s been a particularly bad day, when you get to the guitar solo you are obligated to air guitar with everything you have left until you end up on the floor. I don’t make the rules. This cover provides an impressive guitar solo to test out this approach.  Reina del Cid’s harmonies and partnering guitars provide a rich and warm sound. I’ve always thought the acoustic version of the original on the deluxe edition of Bleed American holds its own, and the duo shows us that the song can rock even without electric guitars.