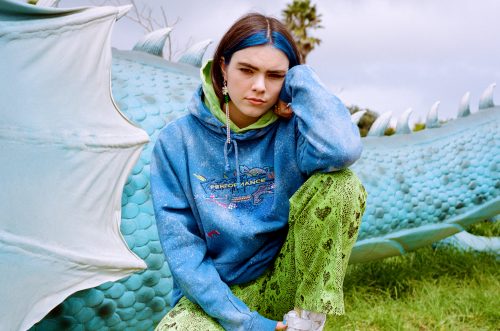 Last week, Stereogum published a fascinating oral history of “Somebody That I Used to Know” for the song’s 10th anniversary. (Among other things, it answers the question “What ever happened to Gotye?” Turns out he’s been making rock albums with a different band!). Now New Zealand indie-pop singer Benee has covered the song for Amazon Music, saying “I resonate so strongly with the lyrics in this song. I wish that I had written it.”

Benee’s cover brings a chill beachy vibe to the song, losing the synth propulsion for something more laid-back and vibey. Even in this more relaxed setting, though, the pop hooks stay strong. Benee takes both Gotye and Kimbra’s parts, layering her voice for a gentle wash of sound. Hopefully the 10th anniversary will lead to more “Somebody That I Used to Know” covers. Listen to Benee’s below.