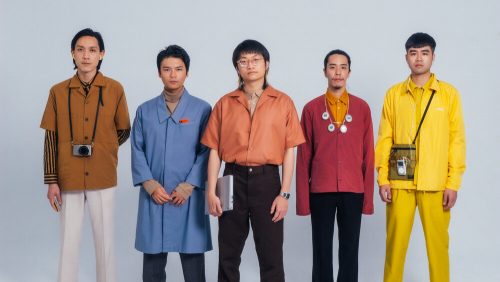 Sometimes reinventing a track means finding a new sound from the elements of old ones. This is certainly the approach that Taiwanese rock group Sunset Rollercoaster took with their cover of  ‘小薇’ (translated to ‘Xiao Wei’), which was originally popularized by Taiwanese singer Huang Pin Yuan. The original track was written and performed by Adi ‘N’ the Brothers in 2000 before Huang’s cover in 2002 brought it to mainstream attention. It remains one of his most well-known songs in Taiwan.

While Huang’s version was a simple soft rock ballad, Sunset Rollercoaster have taken elements from 1980s soft pop with a sultry saxophone at the start of the track. As the vocal builds in, with guitar elements reminiscent of early Police tracks before a wiggly and wobbly synth solo picks up the melody. It’s certainly a different direction to take the track in and I think it works nicely, adding a sense of atmosphere to an emotionally charged song.

Check out their cover below.