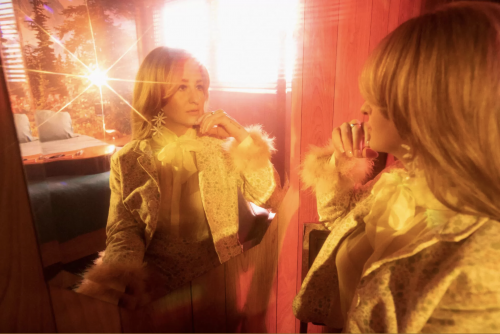 The songs of psychedelic rock pioneer Roky Erickson are impenetrable and obtuse: dark, heady tone poems that feel like nervous breakdowns. So it’s both a joy and wonder that Erickson’s weird work continues to be celebrated by a new generation of musicians seeking to mirror Erickson’s no-holds-barred examination of the psyche. Such is the case with Nashville singer-songwriter Margo Price’s rough and wild cover of Erickson’s “Two-Headed Dog (Red Temple Prayer).”.

Drawn from 1981’s The Evil One, the original song chronicles strange biological experiments and Erickson’s own troubling inner visions. His garage rock arrangement remains almost fully intact on the cover, leaving Price room to rove through the song’s murkiest crevasses in her seething vocal performance. She unleashes into the single-line chorus with such a frantic force at the finale that, even if you have no idea what’s going on upon first listen, you’ll find yourself reveling in her nightmarish glee days later: “Two-headed, two-headed, two-headed dog! I’ve been working in the Kremlin with a two-headed dog!!”

Price’s cover — re-titled/flip-flopped for release here as “Red Temple Prayer (Two-Headed Dog)” — is drawn from the forthcoming tribute record, May the Circle Remain Unbroken: A Tribute to Roky Erickson. The compilation is set to be released on July 17th as a Record Store Day exclusive via Light in the Attic Records.