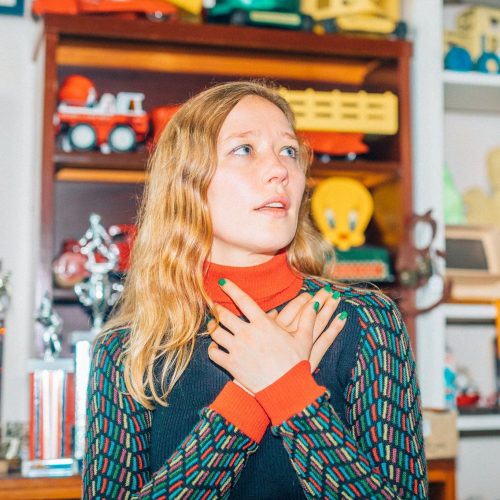 The first single from Björk’s second adult, “Army of Me” might be the closest she ever got to industrial pop sound that was everywhere in the mid ’90s. The synthetic bass, the sample, it’s all low, with only Björk’s vocal (lower in her range) and the clanging percussion brightening things up. On their new cover, Australian singer-songwriter Julia Jacklin and RVG take a less ominous and more wrong approach to the song.

The bubbling synth is still there, paired with drums now, but the clanging percussion is replaced by jangling guitar. Jacklin’s vocal on the verse is more mysterious, but on the chorus she opens up, sounding almost hopeful. It’s almost as if the “Army of Me” will actually be offering support or, at the very least, resistance. RVG add some unexpected guitar solos, the latter of which is is distorted enough to sound like it might belong in a post hardcore song or something. It’s a cool, rock interpretation of a song that was pretty far from rock originally.