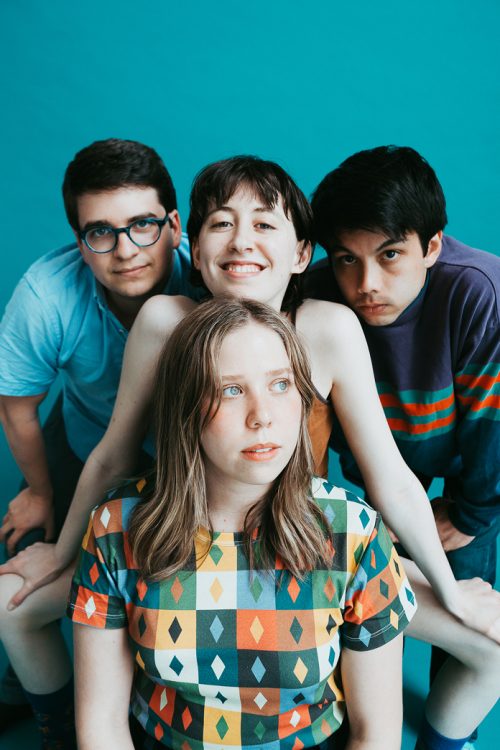 The Shins’ debut album Oh, Inverted World turns 20 this month. To celebrate the release of the remastered edition, the band commissioned several covers to be released as part of the celebration. First, the band Skullcrusher covered “New Slang”; then Buzzy Lee aka Sasha Spielberg covered “Caring is Creepy.” Most recently Frankie Cosmos covered “Girl Inform Me.” Frankie Cosmos began simply as the stage name of Greta Kline, but now the project has expanded into a full band, including Luke Pyenson on drums and vocals, Alex Bailey on bass guitar and keyboards, and Lauren Martin on keyboards, synthesizers, and harmonies.

The video of “Girl Inform Me” though features only Kline on keyboard and vocals and Bailey on guitar. The guitar starts out vaguely plucky like a banjo, but quickly fills out the melody of the tune, supported by the synth harmonies played on Kline’s keyboard. The running theme of the song is easy and breezy, a perfect song for summer. The melody and flow is immediately recognized as a Shins song, but more intimate without the drums and layered guitar and bass. Kline’s light vocals keep the song feeling airy and positive, but with a touch of wistfulness. The ending is delightful when the instruments cut out and the vocals carry on.

The band wrote on social media, “Oh, Inverted World still rocks so hard. We had a lot of fun making this cover to celebrate @theshins and @subpop reissue of this game-changer of a record. Everyone pay your respects and listen to the album!”

For more great covers of The Shins click here.