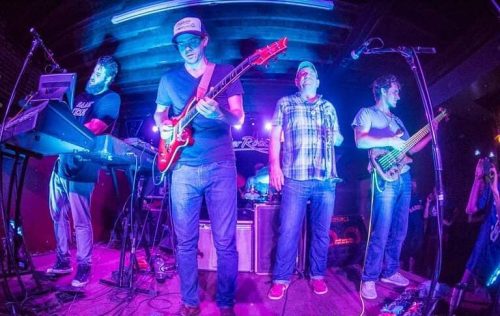 Neighbor is a Boston area jam band which formed in 2019. Formed by keyboardist Richard James, of popular tribute band Pink Talking Fish, the band play a mixture of covers and originals very much in the jam band style. Neighbor’s new cover of Pixies’ “Where Is My Mind” is extremely straight-ahead and traditional. If it weren’t for the keyboard and lack of a second guitar, you might mistake it for a an attempt for a note-for-note cover. Bassist Dan Kelly even tries, at times, to sound like Black Francis, though he drops that pretty quickly.

But things begin to take a turn at the instrumental break, when guitarist Lyle Brewer busts out a brief solo that is not in Joey Santiago territory. And then, the payoff: just after 3 minutes in, when the song would normally be concluding, Brewer launches in to an extended guitar solo. The solo lasts for the rest of the track, as long as the song itself. If you like guitar solos, it will make you happy.

Check out our list of the Best Pixies Covers Ever!.