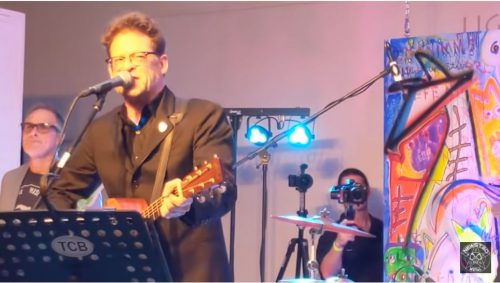 I was reminded of this last week when former Metallica bassist Jason Newsted, who played on the original recording of “One,” released a live video of himself covering Cash’s hit “Folsom Prison Blues.” The performance, which featured Newsted’s current group the Chophouse Band, was recorded live in 2019 — so no social distancing or mask wearing required.

Newsted, appearing in a black suit and playing an acoustic guitar, looked more like an elder country statesman than a metal god. The group played the track as a hard-edged rockabilly song. During the intro, Newsted sang as if he was emulating Cash. As the song progressed, he channeled his metal roots, howling out the words “I shot a man in Reno just to watch him die.” While it might not quite match up to my ideal dream cover, I think this Newsted fella might have a future in country music.

Click here to listen to more covers of the Man in Black.