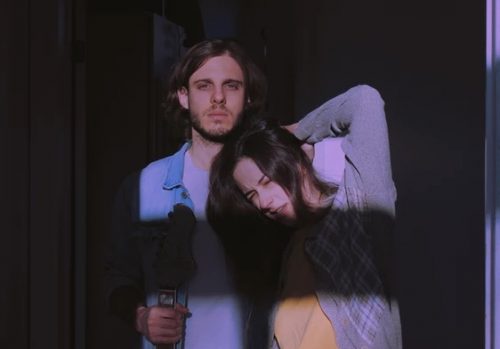 It’s been a long time since we heard from dreampop duo Memoryhouse. In fact, the last time they appeared on these pages, their cover of the Zombies’ “This Will Be Our Year” appeared on our Best Covers of 2012 list. Yes, 2012.

One reason for the long absence is they both got real-life jobs. They weren’t sure the band was broken up, but they weren’t sure it wasn’t broken up either. But the pandemic led them to a source of renewed inspiration: The Beatles. It turned into the five-track EP Mania (as in, Beatle-), out now.

Here’s how singer Denise Nouvion described the set’s origins in an interview with Fadeaway Radiate:

Do you feel the COVID lockdowns have allowed the band an opportunity to make new music or did it hinder your plans for this EP?

There were no real plans for this EP prior to fall 2020. In fact, we weren’t sure we’d be making another album — for a lot of reasons, but mostly because I just didn’t feel a passion for music anymore. But the pandemic showed me that I have a pretty hefty anxiety disorder, and I needed something to focus on, something to bury myself in. I moved from doing sketches in my living room, to obsessing over slapstick comedy, to finding a deep and unyielding obsession with The Beatles. But the interest was enough to get me back into music. Evan [Abeele] is also a huge Beatles fan so it became the glue that we needed to start working together again.

Where did the idea come from to do a collection of Beatles covers?

We did a cover of “You’re Going to Lose That Girl” spring 2020 and I didn’t want to stop. I just wanted to do more Beatles covers. It’s an extravagant idea that I think would only really fly right now in this exact moment. The world is dark but The Beatles have their own orbit, their own energy that we could live off. It was less about is this a good idea and more about a desperate need to find joy. So as a long winter lockdown approached in Toronto, we committed to the idea, if not just to keep busy. And we put everything we had into it.

They dig deep in their cover song choices. “No Reply” and “Oh! Darling” are the closest they get to a Beatles hit. They plum the far reaches of the catalog for “I Want to Hold Your Hand” b-Side “This Boy,” With the Beatles album track “Not a Second Time,” and Anthology 2 track “If You’ve Got Trouble,” originally recorded for – but left off – the Help! soundtrack. Throughout, they bream a breezy dreampop sound that make these deep cuts sound like classics.

Listen to Mania below. Unfortunately, that cover Denise mentioned of You’re Going to Lose That Girl” isn’t on it. Maybe for the deluxe edition.

Check out many more great Beatles covers in our archives.