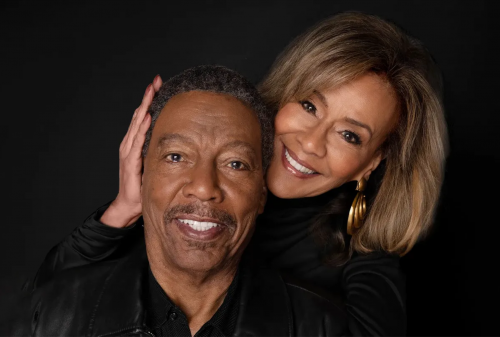 Legendary vocalists Billy Davis Jr. and Marilyn McCoo are founding members of The 5th Dimension, the venerable LA-based vocal pop group. As their otherworldly name suggests, The 5th Dimension had a knack for elevating novel tunes to new realms. Davis Jr. and McCoo’s lead vocals imbued hits like “The Worst That Could Happen” and “One Less Bell To Answer” with a buoyant blend of elegance, whimsy and surreal soul. The pair are old-school song interpreters in the most artful sense, illuminating new emotional planes in their powerful performances.

Fresh this week is Billy Davis Jr. and Marilyn McCoo’s cover of The Beatles’ “Blackbird.” Recorded by Paul McCartney in 1968, “Blackbird” was in part a modest ode to the ascendant energy of the U.S. civil rights struggle. Davis Jr. and McCoo find a fresh emotional resonance by keeping McCartney’s message tangibly at the forefront. The pair offer “Blackbird” as a direct call to action for the Black Lives Matter movement, coupling McCoo’s tender vocals with crisp orchestration for a striking take on the classic tune.

“Blackbird” also marks a poignant full-circle moment for Davis Jr. and McCoo. In the forthcoming Questlove-produced documentary Summer of Soul, McCoo recalls how powerful it was for the members of The 5th Dimension to have their music finally centered in the cultural discourse by 1969, resonating before progressive Black audiences at that year’s Harlem Cultural Festival. With their take on “Blackbird” in 2021, Billy Davis Jr. and Marilyn McCoo have rightfully centered their music once again, singing to a generation that deserves to hear their candid, redemptive grace.

“Blackbird” is the titular track on Billy Davis Jr. and Marilyn McCoo’s forthcoming album of John Lennon-Paul McCartney covers.  The album will be released April 30. Pre-order the record here and watch the music video for the cover of “Blackbird” below.

Check out other covers by The 5th Dimension here.
Check out many more covers of The Beatles here.