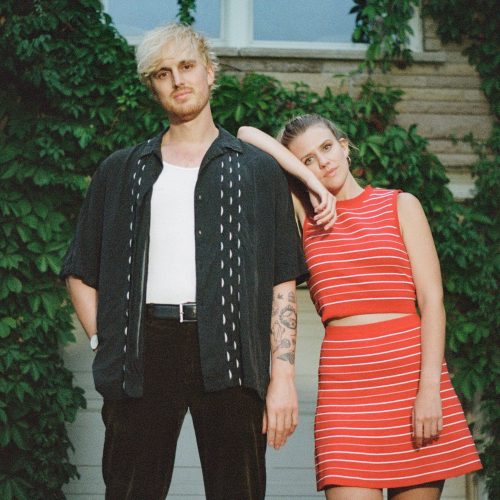 Orson Wilds, the Canadian duo Eric Reid and Brianna Bordihn, currently has two singles to their name. Their third release is a cover of Phoebe Bridgers’ “Kyoto,” a song that was nominated for the Best Rock Performance, and Best Rock Song in last weekend’s Grammys. Their debut album is set to come out later this year.

Orson Wilds’ cover of Kyoto is mostly faithful to the original, with the added flavoring of a rock song. Bordihn’s vocals are like Bridgers’ own high, hushed vocals, but Orson Wilds has the added dimension of Reid’s lower tenor balancing out the mix. There is a nod to the emo influences in the song and matching confessional style lyrics, with slight emphasis and elongation of vowels in the vocals, and a black-and-white styled video. The beginning of the video comes with the pressing of a tape recorder and some hushed laughter and muted sounds of a woman speaking. It was one of the few truly original additions to the song and matched the ambiance of the production well.

Orson Wilds sounds really good covering Bridgers’ song, and in the future when the duo has a more established sound, they could bring out more of a personal twist to their covers. And if you want another new version of “Kyoto,” Phoebe herself just released a version featuring Jackson Browne earlier this month.