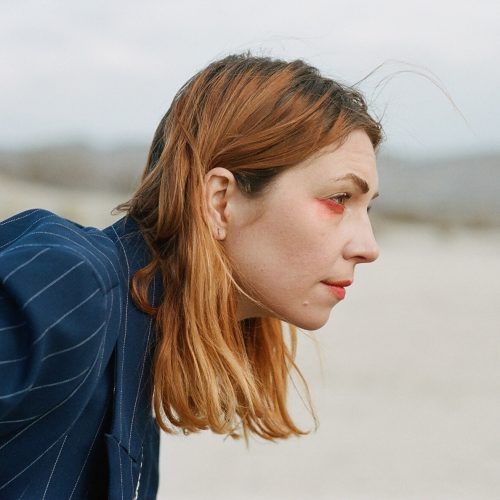 Former Teeth & Tongue leader Jess Cornelius is about to release her first solo LP in July. As part of the promotion for this record, she’s recorded a grimey almost grunge cover of the Eagles hit “I Can’t Tell You Why.”

Timothy B. Schmit’s first and only lead vocal before the Eagles broke up in 1980, “I Can’t Tell You Why” is an atypical hit for the Eagles. Sounding more like a soul song than their typical country and classic rock, it’s notable for its distinctive three note guitar refrain after the chorus and Schmit’s blue-eyed soul vocal.

Cornelius’ version opens at a considerably slower pace than the original, with just her voice and a heavily distorted guitar. She layers an additional spiky guitar on top before she is joined for the second verse by drums, bass and and subtle keyboards. Aside from the tempo, she hasn’t done anything particularly different to the song, and she even mostly cops the solo. However, the vibe is entirely different, due to her heavily distorted rhythm guitar and her vocals, which are a far cry from the soul of a Smokey Robinson or Al Green.