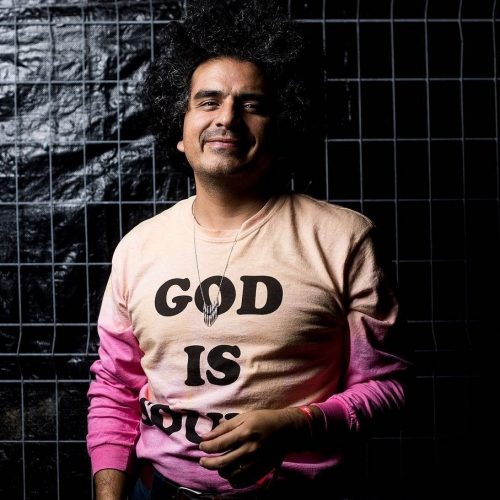 “Sound and Vision” is one of the weirdest singles David Bowie ever released. It’s three minutes long but Bowie’s lead vocal doesn’t come in until halfway through. There’s a brief refrain and some lyrics and then it’s over. And this song went to #3 in the UK. It’s a testament both to his fame and his genius that he was able to turn something like this into a hit. (And a good song!)

The original is not just notable for its structure but also for the juxtaposition of the jaunty, funky extended intro and Bowie’s lyrics about sitting around in a room waiting for something to happen, sung in a suitably muted voice. Lange takes it literally: everything is muted in his version. And though Lange plays around with instruments, using what sounds like numerous instruments to take up the melody at different times, everything is sedate. Whether it’s his hushed vocals, the percussion or the numerous other sounds, everything is mixed low and much of it feels like it could just disappear any moment.

This new bedroom pop arrangement certainly feels appropriate to the lyrics, even as it’s a far cry from Bowie’s uptempo – dare I say “danceable” – original. Check it out below. Modern Love comes out April 13. Hear another preview of the album with We Are King’s “Space Oddity.”