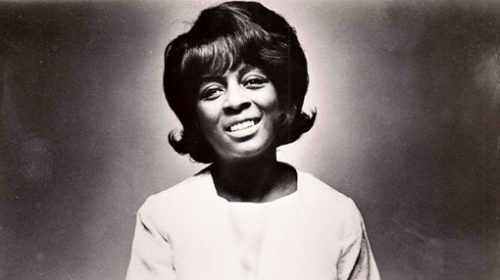 It takes a certain sort of singer to be able to fulfil the commitment of the song, which perhaps is why it gravitates towards those whose life stories are known to contain similar emotions. Sadly, some of these form part of period piece recreations for TV shows, and have little to add or offer to the need of this piece. Which is a shame, as Chris Cornell‘s rendition for Vinyl is a doozy, and would be a definite inclusion, had it added any originality beyond his exquisite vocal. But there are still a few who pack the necessary punch in the gut, yet with additional touches of nuance to stand out from the throng.

So, first up is Steve Marriott, the ex-Small Face and Humble Pie vendor, who, literally, burnt himself out some three decades ago, after a breathtaking early career later foundered upon his abilities to contain his demons. If he sometime had just too much grit and gravel in his throat, this, I guess, pretty late period rarity, shows the residual pathos in his voice, much of the pizazz smoked/drunk/snorted away. And it’s great. It cropped up as a single, posthumously, in 1996, on a next to unknown label, ahead of featuring in a couple of compilation collections. Trying desperately to find any additional player credits and failing, it sounds a better crew than some of his later pick-up bands, the fretless bass and hammond especially tidy.

The Walker Brothers–Stay With Me Baby (Lorraine Ellison cover)

Scott Walker was a strange and mysterious man, totally rejecting the material and style of the brand that made his name and, lest anyone forget, the money to indulge his wilder and later peccadilloes. One of the golden brown honeyed voices in popular music, you can forgive the schmaltzy arrangements of his work with the Walker Brothers and his earlier solo work, just for that voice. This is typically glorious and, you know, given the choice, I’d sooner listen to a Walker Bros. collection than his later oeuvre. This came out in 1967, a year after Ellison’s, and made for a respectable #26 in the UK, the market the actually unrelated trio were more successful in and where, since 1970, Scott made his home, prior to his 2019 demise.

I sometimes wonder what would have happened had Reid collected the vocalist gig with Led Zeppelin, as was widely touted at the time. They called him “Superlungs,” and in this performance, he shows why. It is true the arrangement is more than a little dated, albeit in a less “good” way than the version above, but the vocal, however low in the mix, is pretty remarkable and rises above the pedestrian musical setting. Turning down also an offer from Deep Purple at much the same time, 1969, Reid has continued to weave his own idiosyncratic way, often performing as a duo with pedal steel maestro, BJ Cole. In a bit of anecdotage, the one time I went to a live show of his, at a fairly small local venue, no less than Robert Plant was also in the audience.

Genya Ravan has managed a six-decade career, often carving an erratic and wayward approach to covers that persists to this day. This joyously OTT rendition, from her time footing the band Ten Wheel Drive, makes the Janis version seem almost restrained by comparison. She uses every note within her command, and many without, over a shimmery keyboard and brass helmed arrangement. Starting off as Goldie in Goldie and the Gingerbreads in 1963, she is still performing, as this 2010 clip shows, she currently having a penchant for the songs of Lucinda Williams.

Finally, are you allowed to include a version primarily for the drums? This fairly bog-standard screech’n’croon by David Coverdale/Whitesnake is totally redeemed by the drums of Denny Carmassi. In the classic style of the Simon Kirke school of falling downstairs in a wooden overcoat percussion, it clatters gleefully all over and around the song. So much so that I had to check it wasn’t Kirke, discovering Carmassi is an alumnus of Montrose and Heart, amongst numerous other projects. Coverdale? Meh…

(Given the atonality of the vocal there, charity insists I sneak in a sixth (no, not Bette Midler). This might be adding nothing much different to the arrangement but, if nothing else, it showcases the amazing pipes of Miss Ruby Turner, the best soul singer these islands have ever produced. OK, she was born in Jamaica, but has been a proud ‘Brummy’, B’ham, U.K., since the age of ten.)