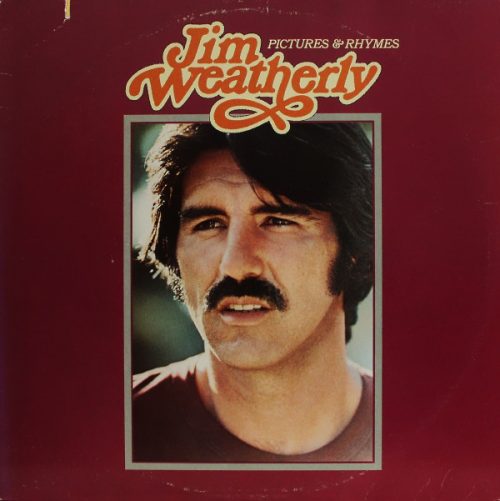 If you live and die known for but one song, it better be a good one, and in “Midnight Train to Georgia” Jim Weatherly, who just died last month, wrote one of the best. The song is far and away best known in the iconic version by Gladys Knight. Never forgetting the Pips, for it is they who lift the song from merely great to transcendent. OK, the arrangement is pretty damn fine too, the orchestration and backing exuding all the desolation and disappointment of Amtrak by night. But it wasn’t always that way.

The song, as written and first released by Weatherly, took a whole different journey. I wonder, would ‘Midnight Plane to Houston” have raised quite so many goosebumps? Indeed, when Cissy Houston‘s producer asked Weatherly whether he would allow some lyrical leeway, he agreed, provided nothing else was tinkered with. Which proved to be a masterful decision, if opening up a realm of other possibilities. Midnight bus to Boston? Midnight paddleboat to Poughkeepsie? Via Houston’s “Georgia,” it was picked up by Knight and it became history, hitting a Hot Hundred Number One in 1973. Which, because it is a cover, allows me to give it pride of place.

A masterclass of southern soul, every button hit, from the tinkling piano, the muted brass, the breathless lead and the never bettered backing vocals. Singing nearly as much as little sister Gladys, Merald “Bubba” Wright and the other two Pips, interject constantly, both echoing and questioning the narrative, the first train whistle whoo-whoo a delight. It is an astonishing rendition, deservedly buttering Knight’s bread thereafter. The brass, by the way, comes from the Brecker Brothers, then just beginning to make their way.

Imbuing a little more of the original country twang into the song, Osborne has the perfect smoky tones to carry this song in a slightly different direction: if Knight was travelling south to Georgia, I feel Osborne is riding north to Georgia. The backing vocals occupy a lesser role, if still integral; here, it is the organ and guitars that provide most of the buttressing. Osborne could sing the train timetable, mind, and make it good. (As a bonus, here’s Joanie doing it live, with the Holmes Brothers, no less.)

Without being entirely sure, I think this just about works, if only just, the ska backbeat giving a strange lilt that isn’t without appeal. However, it is Adams’ gloriously wayward vocal that nails it, together with her JA inflections. There seems to be another version/variation called “Mighty Train to Georgia,” but I couldn’t trace an audio link. Adams appears on a small number of singles under any number of labels, the prolific Kingston scene of the 1970s producing reggae covers of just about anything and everything.

Well, this is different. Is this chamber pop? Chamber jazz-lite? I can’t find much about this recently released revision, which reframes the song entirely, and proves quite charming. Who the Birchwoods are I have no idea, but Georgia Octavia seems to have some social media presence, and is possibly the house singer at a Dubai bar and eatery. Nonetheless, the string quartet complement her almost deliberately naif vocals and I like it. Lord knows how or where you source it from. (Maybe the band can let us know?)

Trying hard not to put up the Aretha version, as not being sufficiently exemplary to do her sufficient credit, I came across this. Clayton-Thomas was the tight-throated singer for Blood, Sweat & Tears, whose idiosyncratic vocals seemed always an acquired taste, smacking too much of the supper club for my ears. Whilst this smacks very much of the same, bringing to mind TV spectacular guest performances, somehow it works a treat, being so kitschy as to cut muster. And it is way better than Neil Diamond‘s.