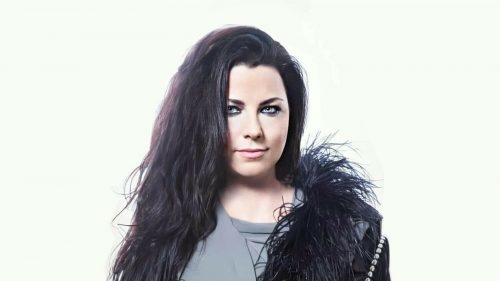 Tenacious D is widely known for rocking your socks off, sometimes with the help of Dave Grohl on drums (or as a demon). However, many of the songs from their debut album had first drafts that fell within the rare subgenre of acoustic-metal. “Kyle Quit the Band” is one of those songs, where the studio version has added plenty of electric guitars and frantic drumming but the original version was just Jack and Kyle and their acoustic guitars. Recently, Amy Lee (previously of Evanescence) decided to take this lesser-known track back to its acoustic roots.

Lee’s vocals hit the exact same inflections and ad libs as the original, clearly done in tribute (no pun intended) to the D. Considering the strength and range of her voice this is a good thing; she nails the singing and you can tell she’s having fun during the soaring finale. At the same time she’s thrashing that acoustic guitar for all it’s worth. The sound quality is a bit rough and cuts out a few times but this has the perfect energy for a cover of Tenacious D. It’s short, but it’s a great 90s seconds of rock.