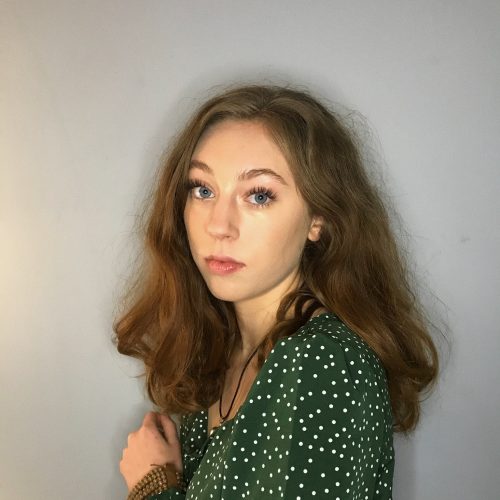 There is no shortage of covers by Radiohead’s “Creep.” From a classic cover by Tears for Fears to a less-than-classic medieval cover by Hildegard Von Blingin last summer, the song has impacted the masses. Now, Ally Cribb makes a strong debut into the music world with her new cover of the Radiohead classic.

The Toronto-based artist has music in her blood. Her father is a musician and writer and Cribb herself started singing at age eight and never looked back. She describes her art as “all about creativity and imagination: two things that can be found and fostered anywhere.” Cribb hopes this cover song is just the beginning, saying “Music is the one thing I wanted to be really good at. I’ve been working harder than ever to advance my abilities to write and create.”

Her cover of “Creep” is a predominantly piano cover, with soft twangs of an electric guitar. Her voice is powerful and portrays an emotional yearning far beyond the expectations of her 16 years of age. The vocals are strong and clear on the track standing out starkly against the piano rather than remaining set a little back in a hushed manner for the verses. The slow song holds a touch more of melancholia rather than a creepy regret. Her voice itches the deeper parts of your brain, as something familiar sounding packaged in something, or someone, new.