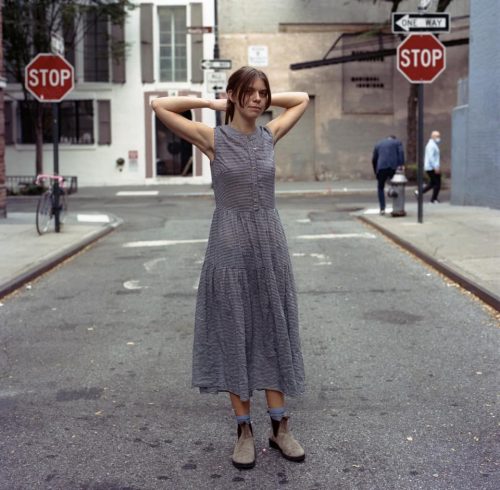 Taking Heads’ “This Must Be the Place (Naive Melody)” is so subtitled because it was drastically simpler than the music they had been making for the past few years. For “This Must Be the Place,” the band simplified things considerably, in part because of a gimmick: a few of the members alternated instruments, forcing them to play simpler music. The result is one of the most direct Talking Heads songs of the era.

Tomberlin is an American folk singer based in Louisville who received critical acclaim for her 2018 debut At Weddings. She somehow managed to get an EP out during the pandemic, too. Her version of “This Must Be the Place” is even simpler than the Heads’ version. She drops David Byrne’s distinctive keyboard melody entirely and relies on her voice alone to carry the tune. She accompanies herself on electric guitar, finger-picking the chords which transports the song into a different genre. When she gets to the chorus she’s similarly subdued – there’s no rousing gang vocal. But that doesn’t mean there’s no passion: Tomberlin’s voice is still rich with feeling and intensity, even though it’s slightly hushed.

Even though the vocal melody is pretty much identical, it feels like a very different version of the song; a quiet but heartfelt love song appropriate for a time when we’re stuck at home. Watch it below.