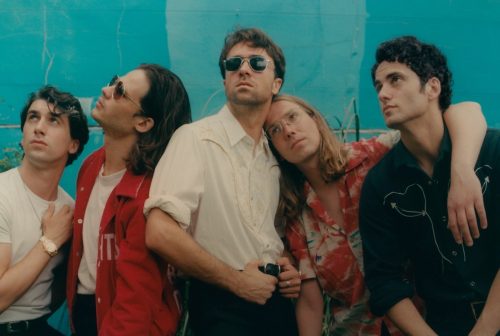 “No One Knows” is perhaps the Queens of the Stone Age‘s signature song. Their biggest hit and Grammy-nominated, it’s famous for its staccato riff and lead-singer Josh Homme’s clashing smooth vocal delivery. The song captures both the band’s commitment to loud rock music and its facility for pop hooks.

UK indie rockers The Vaccines have gone a very different direction with their version. The famous guitar riff is replaced by a mellow electric piano that sounds like it could be in a video game. Dave Grohl’s frantic drumming is replaced by minimalist percussion that could be a click track. Lead singer Justin Young delivers the vocal almost in a hush, with one track where he is sort of singing and another track where he is just about whispering.

The chorus of the Vaccines’ version is incredibly sedate compared to the high energy of the original – there is an acoustic guitar plucking almost baroquely. And they add to the vibe by subtraction – completely omitting the instrumental climax of the song. There’s a sense of mystery in this version that just isn’t there in the original. Though the melody is preserved, the whole vibe of the song is entirely transformed to a late-night chill-out track where the title takes on an entirely new meaning. It previews their upcoming Cosy Karaoke EP.