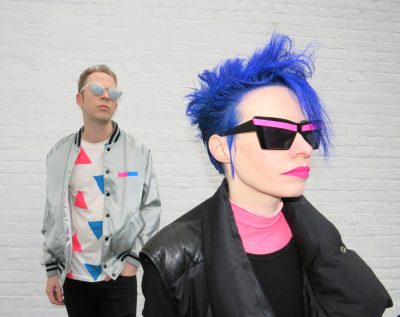 What is there to say at this point about the Buzzcocks’ anxious, evergreen anthem of unrequited love, heartbreak and jagged guitars? Composed by the legendary Pete Shelley, the edgy, beautiful, sad and pragmatic (and ever so slightly petulant) “Ever Fallen In Love” is just a perfect pop song. It’s no surprise then that the song’s infectious tune and painfully universal sentiment have turned it into cover catnip. There have been dozens upon dozens of covers of “Ever Fallen…”  over the years, the most successful of which was the slick-as-ice 1987 version by Fine Young Cannibals which landed in UK pop top 10, several spots higher than the original managed back in 1978 (sad but true).

But there can never be enough Buzzcocks covers, and now the Casual Sexists exert their shiny electronic junk-punk stylings onto the classic, molding it into something both warm and sinister. It offers the sonic sensation of a sexy robot walking repeatedly into a mirrored wall at either Danceteria in NYC or Berlin in the early ’80s. It’s cheap, sticky and hypnotic and infinitely cooler than most of us ordinary mortals could ever hope to be.