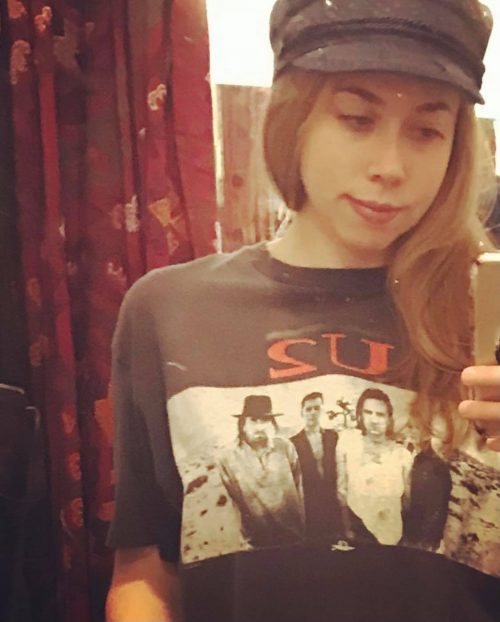 U2’s songs, especially in the ’80s, are distinguished by their wall of sound, with numerous Edge guitars creating an unmistakable signature. For 1987’s acclaimed The Joshua Tree, they added the sounds of American roots music to this stew. “I Still Haven’t Found What I’m Looking For” captures this fusion about as well as any song they did around this time – with The Edge’s trademark ringing guitar plus Bono’s gospel-inspired vocals and the backing vocals mimicking a church choir. Some slide guitar at the end adds an unmistakably American sound to the Irish band.

But American folksinger Sarah Jarosz has decided to treat it as a folk song. Sure, her guitar playing echoes The Edge’s primary rhythm guitar part – sounding like a mandolin at times – but that’s where the arrangement similarities end. It’s just Jarosz and her guitar, nothing else. Her vocal is less soaring, a titch more subdued than Bono’s original. There’s no backing chorus and there are no overdubs. Jarosz’s voice is pure and her guitar playing sounds almost elemental despite how close it sounds to The Edge’s.

The result is a song that feels like an folk song, or a gospel song stripped of its choir. For all of the slight awkwardness in U2’s sudden obsession with Americana, the band spent a lot of time understanding the music before incorporating it into their distinct sound. A solo acoustic cover of “I Still Haven’t Found What I’m Looking For” only emphasizes how good a job they actually did. Without all the bluster of the original recording, the song sounds as if it’s as old as the US itself, perhaps even older. It’s a great tribute to a great song.