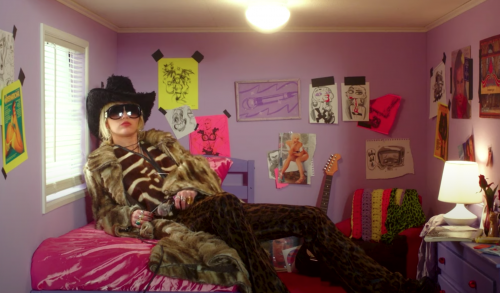 When artists cover Mazzy Star‘s “Fade Into You,” they often seem to lean into the quietude of the 1993 classic. All the trademarks of the original make it an easy choice—Hope Sandoval’s vocals, ethereal but self-assured; the steady tambourine; the dreampop slide guitar. It’s no surprise, then, to hear Ben Harper covering the song on solo piano, or J Mascis with stunning guitar and a Neil Young twang.

It’s understandable that an artist would want to take this approach. The song is a unique icon of early ’90s alternative rock precisely because of its calm, still beauty. That said, Miley Cyrus rarely takes the approach that one might expect. Covering the song for NPR’s Tiny Desk Concerts, Cyrus hews remarkably close to the original…except when she doesn’t. Her slide guitarist lessens the dreampop effect for something closer to the blues-country sound that slide guitar is known for, hinting somewhat at what’s to come.

At first, Cyrus’s vocals seem to match Sandoval’s—the lilt of each syllable, the range found in restraint. At the end of the first chorus, however, she throws that restraint out the window to exercise the rock muscles that the original only whispers hints of. All things considered, what may be most surprising about Miley’s approach is that it hasn’t been done a million times before; almost thirty years later, she seems to be the first person to have brought a quote-unquote grunge element to a ’90s alternative classic.