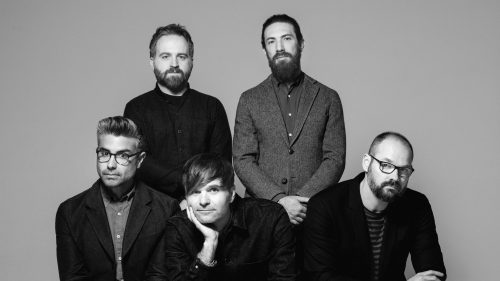 Revisiting TLC’s 1995 smash hit “Waterfalls” is like stepping into a time machine. Once inside you come face to face with many of the societal fears that defined the ‘90s. The song and video address both the drug war and AIDS crisis head on. The lyrics delve into a whirlwind of topics from faith, love, sex and death, all packaged together with a pastoral refrain and a hypnotic R&B slow jam.

In the same way, it’s impossible to separate the rollout of Death Cab for Cutie’s recent cover of “Waterfalls” from our current political and social landscape. The alt rockers first issued the track on a collection of cover songs, recorded throughout the lockdown period, called The Georgia EP. The five-track EP was released in December as a limited one-day fundraiser in support of Georgia politician Stacey Abrams’ organization Fair Fight. The effort raised more than $100,000 and earned the group a personal thank you from Abrams.

In January, the band celebrated the Democratic victory in the Georgia Senate runoff elections by reissuing the album via streaming services and vinyl. They performed the “Waterfalls” cover on Jimmy Kimmel Live! on Jan. 26 in a setting all too familiar in the COVID era. Each band member was filmed remotely in proper socially-distanced fashion.

The cover provides a fresh reinterpretation of a ‘90s classic, connecting the harsh realities of the past with the brutal truths of the present day. The song starts off quietly as vocalist Ben Gibbard sings the opening verse and chorus in a mournful tone, giving the listener a chance to identify the song. The band builds up the volume and intensity, adding a drumbeat and additional instrumentation, all the while emphasizing the introspective nature of the lyrics. “One day he goes and takes a glimpse in the mirror/But he doesn’t recognize his own face.” In the final moments, as they sing the chorus again and again, the mood shifts from one of quiet sorrow to jubilation. Perhaps it’s a window into how we will all feel when the COVID era passes into history.

Listen to both the studio version and the new live take below: