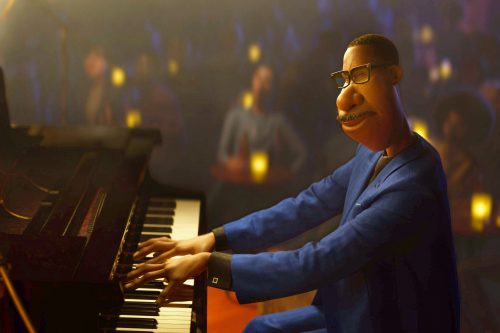 The original track is nothing short of a pop masterpiece. Written by Mayfield, it blends elements of gospel, doo-wop and early soul to create a finger snapping mini pop symphony. It’s a dance tune, a love song and an existential ramble. It was likely chosen for the film because the words “You got soul” repeat throughout the song.

Any cover of such a great track is a difficult endeavor. Batiste mixes up the arrangement, using a light bit of piano jazz to start. He then delivers the lyrics in a high-pitched voice, paying clear homage to Mayfield. A second version of the song was released as a single, featuring Batiste singing in tandem with British soul singer Celeste. She sings her half of the vocals using a slightly deeper, more drawly voice.

Both versions are fresh and fun reinterpretations of a classic, enough to introduce the song to a new generation of kids.

Listen to them both here.

Click here to listen to more covers by Jon Batiste