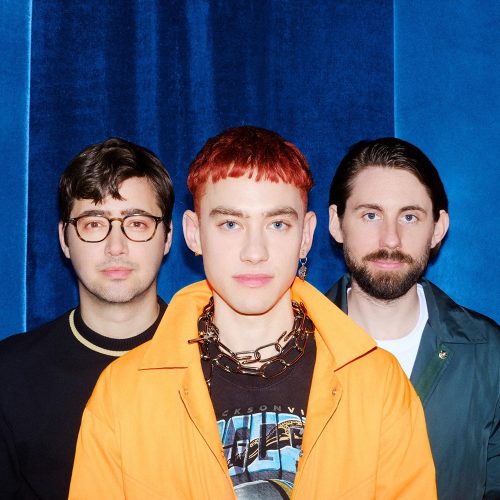 Years & Years, with their pop-synth 80s-inspired tunes and Olly Alexander’s melismatic vocals, seem to be the perfect candidate to cover the lush synth rhythms of the Pet Shop Boys. But Years & Years recent cover of “It’s a Sin,” rather than mirroring the Pet Shop sound, offers a minimalist rendition. The song feels right at home in a solo piano cover, adding to the slight desperation and mournfulness embedded in the song.

The cover of “It’s a Sin” was released alongside the premiere of an HBO Max drama in which Alexander stars. The drama, created by Russell T. Davies, is also titled It’s a Sin. It follows the lives of four friends during the rise of the AIDS epidemic. A cut of the proceeds from Years & Years’ cover of “It’s a Sin” will go to the George House Trust, an “incredible charity that have been providing HIV support, advice and advocacy services to improve health outcomes since 1985,” as described by Alexander in his announcement tweet.

The Pet Shop Boys’ song is full of a crashing of high energy, harmonizing synths, and a quick pace. The vocals are the only indication of the somber story of the song. Years & Years took that touch of sadness and ripped it wide open. They have a proven track record of creating three-dimensional song experiences with only a piano and Alexander’s voice, sometimes wheeling an acoustic piano being wheeled center stage for Alexander to perform a stripped-back version of his own “Eyes Shut” live. This cover has a very similar feeling of calm and quiet in the midst of regret and hardship. The regret of the narrator of the song is palpable and Alexander’s vocals slide expertly over each note and verse.

For more covers of the Pet Shop Boys click here.