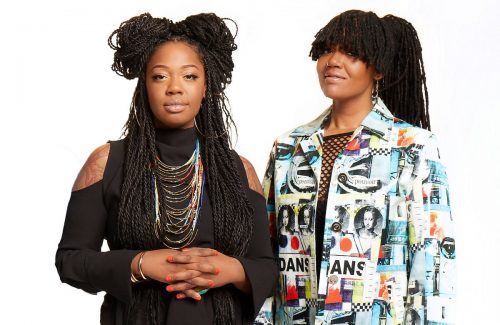 On the upcoming David Bowie tribute album Modern Love (out May 28), We Are KING softens “Space Oddity” with their new cover for the Modern Love Tribute Album. Assembled by DJ Drew McFadden and BBE label founder Peter Adarkwah, the album shifts the focus to the influence of Black music in Bowie’s sonic style. Other artists featured on the album include Khruangbin, L’Rain, Meshell Ndegeocello, Bullion, and more. In a statement, McFadden spoke of how he “felt that connection between Bowie and R&B, jazz, funk, gospel, and all things soulful.”

We Are KING – formerly known as KING – is the musical endeavor of twins Amber and Paris Strother. The sisters’ debut album, independently released in February 2016, was nominated for a Grammy in Best Urban Contemporary Album and reached the top ten on independent and R&B charts.

From the beginning fade of their cover, the duo translates the song into their alternative R&B style. We Are KING’s cover is holistically like the tune, but blends in the soulful sound to make it their own. The group said they decided to cover “Space Oddity” because it “has always been [their] favorite. It’s so visual. It has always felt like time travel in a song.”

The cover takes a journey through a new dimension with echo-y and dreamy vocals mirroring the layered sound of Bowie’s own vocals in the song. But We Are King takes a more ethereal path, softening the sharper sounds of the synth. Occasional guitar rifts add grit and a foundational base for the vocals to echo off. The crashing snare holds the beat steady for the melody to dance around. This creates a sway lasting through to the end, over the familiar lyrics of the anthemic chorus, and through the warped and extra echoing bridge.