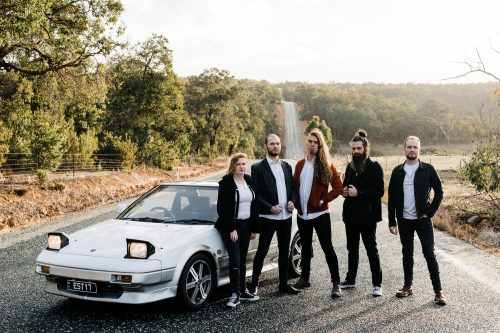 To be honest, I’ve got no strong feelings about The Presets’ “This Boy’s In Love.” The hook is great sure, but for me (as one of Cover Me’s Australian contributors) it was way overplayed in the clubs and on the radio when it came out and since. The result is the fact that I don’t even register this song any more; it just comes on and then goes away when finished. But West Australian prog-rockers Voyager have changed that.

Their cover is relatively straight-forward; they’ve done nothing to the key parts of the song, such as the melody or the vocal (vocalist Daniel Estrin even sounds like Presets front man Julian Hamilton), but the use of a more traditional rock band’s instruments has transformed the song from a dance-floor filler to a stadium-rock anthem.

Once they’re allowed to leave Perth and tour properly, I have no doubt this will become a mainstay of their live shows. And that version I will want to listen to over and over again.