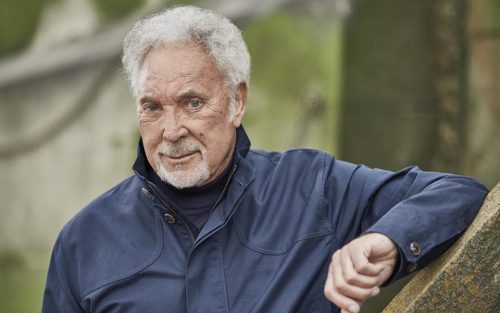 Tom Jones has covered some unexpected artists in his day. AC/DC. Arctic Monkeys. The Milk Carton Kids. And the latest in that lineage: supremely chill hippie songwriter Todd Snider. Previewing his upcoming covers album Surrounded by Time, Jones released his take on Todd Snider’s “Talking Reality Television Blues,” a song originally on Todd’s 2019 album Cash Cabin Sessions, Vol. 3 (the fact that there never was a Vol. 1 or 2 tells you a lot about Todd Snider).

It’s an unexpected choice for a singer of Jones’s calibre to pick since the song doesn’t feature much, you know, singing. As anyone who has spent any time with Bob Dylan’s early records knows, a talking blues is a mostly spoken-word track, often a shaggy dog story of the sort at which Snider excels. At one point in the song, Todd – and now Tom – breaks down the form:

Talking blues are easy to do
All you gotta rhyme is a line or two
Rhyme a line or two and then
You don’t ever have to rhyme again
See? I can say whatever I want to now
You know, within reason

Jones does bring a killer band, which lays down a twisty groove for him to growl over. Snider approves, saying, “Tom Jones is as great as a singer as there has ever been. I prefer his version of the song to my own.”