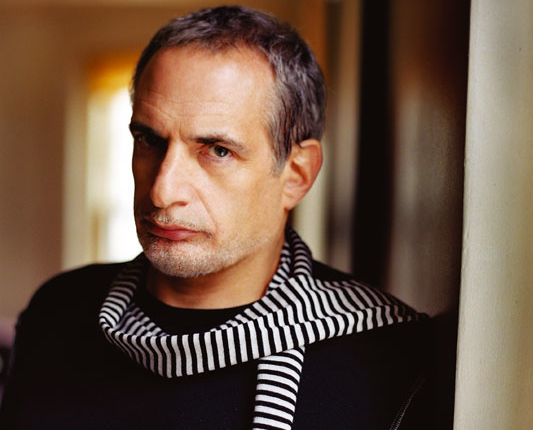 Today we celebrate the 73rd birthday of a man who has been writing songs about growing old for nearly half a century, Donald Fagen. Fagen is one half of the songwriting duo that calls itself Steely Dan, and he is the band’s reluctant frontman. (The other half of the partnership, Walter Becker, passed away in 2017.)

The music of Steely Dan always was and still is beyond category. Few bands have had a more successful run, and fewer still at that level of acclaim have such passionate haters. (Fagen himself is not entirely a fan of the Dan; he’s definitely a vocal critic of their early work, and says he has not listened to his first solo record since its release in 1982.)

Fagen met Becker in college, where the two bonded over a love of black music and sci-fi, cannabis and metafictional literature. They worked as staff songwriters in New York’s fabled Brill Building, then moved to L.A. in 1971. Tired of writing for artists like Barbra Streisand, they convened the six founding members of Steely Dan to perform Becker & Fagen songs with the correct Steely Dan attitude. (“Attitude” is hard to define, but it is a defining quality of Fagen’s music.)

The Dan’s early years featured hit singles, constant personnel changes, and tours that they detested doing. They quit touring as soon as they could and withdrew to the studio. In 1974, Becker and Fagen dissolved the core band but retained the Steely Dan moniker. Through the rest of the decade the duo hired the best players in the rock, jazz, and R&B realms. Their songs became more and more jazz-infused, their sound more burnished and nuanced and clean. Despite their reluctance to self-promote or follow fads, their music had become massively popular by the time Becker and Fagen parted ways in 1981.

Fagen forged ahead with solo albums and soundtrack work. Most of The Nightfly, the first of Fagen’s solo releases, ranks with the best of Steely Dan. Some of the material even found its way into the Steely Dan live sets when—surprise!— Becker and Fagen reformed in 1993. The real surprise was that they embraced the concert stage again, and seemed to have a good deal of fun on the road. Steely Dan finally won a Grammy Award (actually three of them) in 2001 for Two Against Nature, their first album of new material in two decades.

Becker’s death notwithstanding, Fagen and the Dan carry on to this day (or intend to, pandemic permitting). Fagen occupies himself, too, with the Dukes of September, a sort of supergroup slash R&B revue with fellow seventies icons Michael McDonald and Boz Scaggs. They even do covers! All this music keeps Fagen youthful in spirit, despite his decades-old complaint of feeling geriatric. Happy Birthday, Donald!

Bill Callahan dropping a “Deacon Blues” redo at the end of 2020 was a true eye-opener. At least it was for those of us who think of Callahan’s lo-fi aesthetic as being antithetical to Fagen’s. Fagen is fanatically obsessed with highly polished productions; Callahan, not so much. It’s an unlikely pairing of artists, no denying it.

For some, Callahan’s voice is an acquired taste, but so are almost all the good things that are worth acquiring. His music may be a far cry from Fagen’s in most ways, but both are great lyric writers, tellers of stories, and their literary bent is ever-present in their work. “Deacon Blues” is a strong candidate for the best Becker and Fagen lyric. In any case, it’s a treat to have someone not a jazz artist, like Bill Callahan, take a good run at the song. Sue him if he plays it wrong.

BTW: Callahan gets an assist here from Bonnie “Prince” Billy and Bill MacKay.

Not many know the name Jon Herington, but he is no ordinary musician. He has been the guitarist of choice for Becker and Fagen since 1999; whether for a studio recording or concert tour, he’s their guy.

Herington’s selection is “Maxine,” a ballad from Fagen’s The Nightfly. It’s a loosely autobiographical and achingly tender piece. For once Fagen is not writing about a loser, but about a romantic teen-age kid in a more innocent time in America. It’s a beautiful arrangement that Herington has crafted; the quiet grace and dignity of his wordless rendition is somehow as moving as the multi-layered harmonies on the original.

Let’s stay with The Nightfly album. Fagen’s concept for it was that the whole of it harkens back to the Eisenhower era musically, lyrically, and atmospherically. The fifties vibe is particularly strong in “Walk Between the Raindrops.”

Multitalented Irish guitarist Shane Hennessey takes on this very American big-band number all on his own and kills it. Hennessey croons effortlessly while spooling out quick-moving jazz chords and bass runs with his percussive guitar technique. Plus, he’s smiling half of the time. This guy probably could walk between raindrops if he put his mind to it.

Elsewhere, Hennessey proves himself more than capable in a range of genres, from the Celtic fingerpicking tradition, to covers of Dojo Cat and Ariana Grande. He’s evidently a strong composer and song-writer in his own right.

Countrified or folkified Steely Dan renditions are not so easy to find. It’s rewarding to come across a Dan cover in the folk vein played as tastily this one, from Toni Lingren, with her brother Trevor Lindgren and Travis Worth.

A melodica plays the intro section, mimicking the original’s Wurlitzer organ pretty evocatively (kudos to the bass-player for his melodica chops, or vice versa). Also refreshing is the mandolin: this is not an instrument that belongs in the Daniverse under normal conditions, but this time they get away with it. Still, “Dirty Work” is all about the vocals: most will agree the lead singing here is on the mark, and the trio nails the complex harmony vocals on the chorus while never missing notes on their instruments. The acapella moment near the end is a welcome twist that Lingren added to the arrangement. Then back to the melodica outro for the win!

Back in 1974, Steely Dan was just weird enough to slip a Duke Ellington number from the 1920s onto their third album, Pretzel Logic. They used a wah-wah pedal to evoke the sound of a plunger-muted trumpet. The song is so hip and timeless, and the Dan so offbeat, it’s likely that many owners of the album embraced the tune without realizing its true provenence and age. . And the song still sounds fresh to this day–almost 50 years after the cover was recorded, nearly 100 years since Ellington first committed it to wax. (So, the Dan’s version is as old now as Ellington’s piece was to Fagen in 1974.)

12 Responses to “They Say It’s Your Birthday: Donald Fagen”