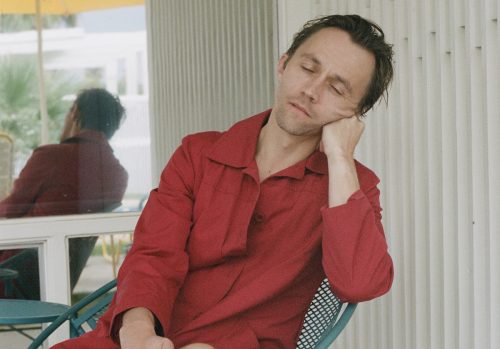 Norwegian indie-pop musician Sondre Lerche has a tradition. At the end of every December, he drops of a cover of one of his favorite pop songs of the preceding year. He’s done Drake’s “Hotline Bling.” He’s done Beyoncé’s “Countdown.” He’s done Ariana Grande’s “Into You.” Last year, he bent the rules for the project’s tenth anniversary by covering three older Britney Spears songs.

This year he returns to – and expands – the tradition, tackling the requisite pop banger (Lady Gaga’s Grande collaboration “Rain on Me”) along with a second new song that’s decidedly not pop at all: Bob Dylan’s “I Contain Multitudes,” which he calls “the greatest Bob Dylan song I’ve ever heard” and has become the go-to song to cover from Dylan’s new album.

He also, as always, included a note explaining his choices. Here that is, followed by both covers, via Stereogum.

I don’t think I need to repeat the general consensus on 2020 as a terrible, most challenging and heartbreaking year. So I’ll instead just express my gratitude to followers and supporters who’ve stuck by me through all the hoops of releasing my album Patience into this world, while trying to stay afloat through their own chaos and confusion. Amidst all the turmoil, it has felt meaningful to share an album that somehow felt of the moment in ways I couldn’t have anticipated. Finding opportunities to share this music has been more than my full time job this year — and I’ve appreciated it more than ever.

More than ever, I’ve also appreciated songs other than my own, this year. “I Contain Multitudes” by Bob Dylan hit me so hard that I’ve been performing it live any chance I got this summer — which was more often than I first thought possible. To me it’s the greatest Bob Dylan song I’ve ever heard, so I had to include a small rendition in my gift to you this year.

As has become tradition since 2009, my proper gift is a cover of a big hit of the year that I’ve enjoyed. And the further I got into this year, I gravitated towards Lady Gaga’s “Rain On Me.” By the end of the year, as even Norway started shutting down again due to a surge in infection rates, it was a no-brainer. So I recorded my version last night, with my buddy and producer Matias Tellez, in the hope that it’ll give you joy, relief and escape this season, extending as far into the new year as it needs to.

“I’d rather be dry, but at least I’m alive” seems like an efficient enough way of summing up the sentiment of 2020, as we seek to leave it behind forever.