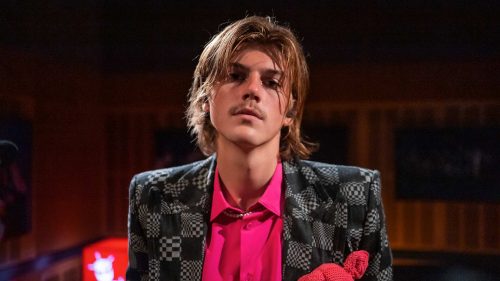 To paraphrase The Office, “wunderkind” may be a weird word, but there are few others for the talent and presence the monomynous Ruel Vincent van Dijk displays at only eighteen. While his singles show a contemporary pop sensibility, his latest turn covering Lenny Kravitz on triple-J’s “Like a Version” suggests a more retro future.

Kravitz is a tough artist to cover. Since the late ’80s, he has consistently merged styles and sounds to create his own inimitably funky aesthetic, so there’s a unique challenge in approaching the rocker himself as a retro influence. That said, with both wardrobe and swagger reminiscent of Harry Styles, Ruel does so with apparent ease. The band smoothly replaces the song’s trademark strings with horns, and key changes add an equally nice juxtaposition to the arrangement as to Ruel’s vocals. He meets both the falsetto and gravel of Kravitz’s original with grace, and switches them in parts to bring added resonance to the lyrics.