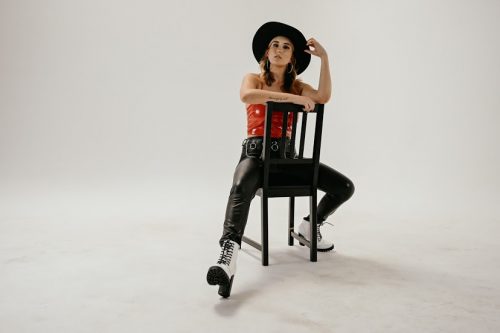 Back in January 2004, a 16-year-old Joss Stone released her debut single: A soul cover of The White Stripes’ “Fell in Love with a Girl,” annoyingly retitled “Fell in Love with a Boy” (among other things, it ruins the rhyme scheme). Now a similarly sultry soul Stripes cover has landed, courtesy of another teenager, 19-year-old Southern California singer-songwriter Sam Cary. Her “Seven Nation Army” has all the groove of the Joss Stone cover, without the lyrical changes. It rocks harder, too.

“I’ve always been a rock fan and have loved ‘Seven Nation Army’ and the White Stripes,” Cary says, proving her bona fides by rocking the Stripes’ standard black-white-red color scheme on the single cover. “A couple years back I began integrating it into my regular live set and it became one of my favorite songs to cover. When I flew out to Nashville to work on my current project my producer challenged me to take one of my favorite songs to cover, specifically a song no one would expect from me, and completely reimagine it I really hope that old and new fans alike can jam to the track and it would be a dream for Jack White himself to see it!”