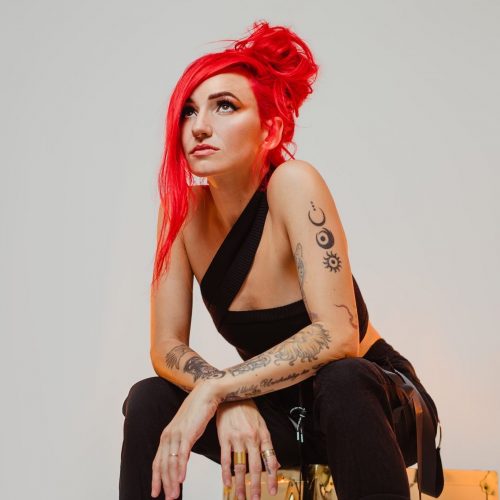 Covering Christmas songs is hard. Whether it’s a traditional carol or a modern standard, the song is often incredibly familiar to millions, so any changes will be noticed. With carols in particular, many people have been listening to them and singing them since they were kids. The listeners know these songs inside and out.

“Deck the Halls” is over 150 years old. There are nearly 600 recorded versions of it and that’s just for versions where people titled it “Deck the Halls” (that number doesn’t include all the times the song was incorporated into a Christmas medley or mistitled “Deck the Halls with Bows of Holly” or what have you). Even if you didn’t sing this song growing up, you’ve likely heard a version of it once a year for much of your life.

Canadian musician Lights doesn’t seem to have that weight on her shoulders though. In her new version of this classic, rejected for a Christmas movie for being “too depressing,” Lights reinterprets the song so that it sounds almost entirely new.

Her version begins with distorted guitar which sounds like it belongs in an Oasis song, before drums come crashing in, and a keyboard that adds the slightest Christmas touch. When Lights starts singing the verses, she plays with the melody – just a little bit at first, then a lot. One particular drastic decision: fewer las. We all know the refrain as “Fa la la la la la la la la”; but Lights drops the last two “las” during the refrain at the end of each verse, leaving us to miss the last two syllables if we’re trying to sing along. There’s a sense of unease or surprise. Or maybe even outrage, depending upon how much you like this song. (Maybe this is why the movie company thought this upbeat version was “depressing”.) She adds a wordless chorus before the final refrains and then threatens to sing all the la’s but, instead omits one again.

Playing so much with the backing music and the iconic refrain freshens and reinvigorates a song we’ve all heard so many times. It’s fun to listen to her play with your expectations – you’re trying to sing along, but you don’t quite know what’s coming next.