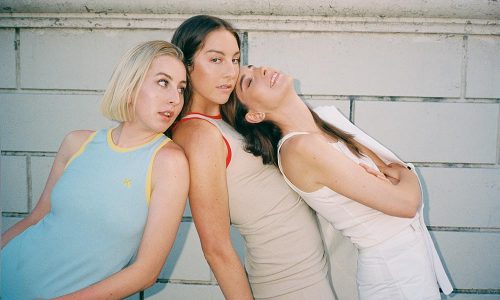 A virtual festival celebrating the music of Cat Stevens aired on YouTube on December 5 with 42 different artists covering his songs. Passenger did “Father and Son,” James Morrison did “The Wind” and Imelda May did “How Can I Tell You.” Rock trio Haim, who have received quite a bit of positive attention this year for their third album Women in Music Part III, was the second act to perform, delivering a beautiful acoustic cover of “Hard Headed Woman.”

Despite the more relaxed tempo-ed cover, Haim retains the attitude embedded in the song. With lines like I’m looking for a hard-headed woman / One who will make me do my best,” the song is a love letter to strong women. Haim, a trio of strong women, did the cover plenty of justice. As an added bonus, some attentive watchers may be lucky enough to see the small white dog appear in the corner of the frame as the sisters perform from Danielle’s home in Los Angeles. Watch it below (they start around 3:20).