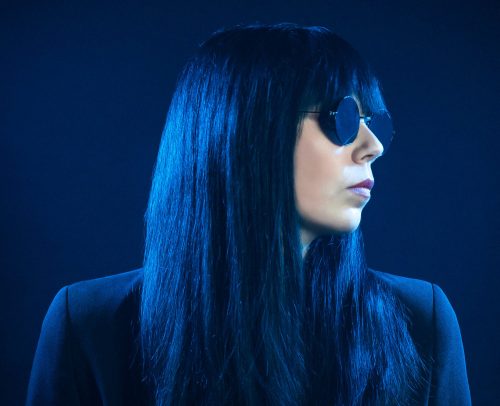 “Porcelina of the Vast Oceans” is the most ambitious track from the Smashing Pumpkins‘ most ambitious album, Mellon Collie and the Infinite Sadness. It was recorded in different pieces and assembled in the studio, which helps explain the stark contrasts between the different sections of the song. It’s one of those songs where the Pumpkins kind of turned into a prog rock band.

Classically-trained A.A. Williams has spent the pandemic recording her “Songs from Isolation,” a series of sedate solo covers of major hits and classic songs ranging from The Cure to Radiohead. Her latest release from the record is a solo piano cover of this most ambitious of Pumpkins tracks.

Williams’ begins her version with rocking piano that almost recalls waves – sort of replicating the song’s heavily distorted guitar break – before taking the song’s melody at a slower pace, as is her wont. With only her voice and piano, the cryptic lyrics move to the forefront: she holds many of the syllables longer than Corgan does in the original, giving emotional weight to the impressionistic words.

The cover is much shorter than the original. but feels reinvented as a piano ballad about an idyllic person or place which helps us escape the struggles of everyday life. Check it out below: