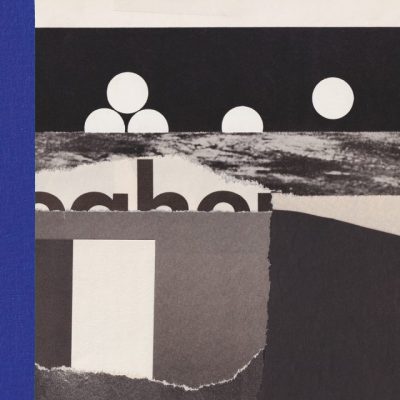 With her multi-tracked harmonies, Hackman brings an intimate, desolate beauty to this short and simple song of hopelessness. And she makes you wonder where the hell she is headed.

The British singer has never been one to shy away from the dark realities of life, as she’s demonstrated on a wealth of reinterpretations and originals that run from 2012’s Free Covers EP to 2019’s highly acclaimed Any Human Friend album for Sub Pop. On her journey from indie-folk to indie-rock/pop, she’s consistently focused on break-ups, destructive relationships, loneliness and obsession, care of Nirvana’s “Lithium,” The Knife’s “Marble House,” and Lykke Li’s “I Follow Rivers,” as well as her own “Ophelia,” and “Deep Green.” The results are always emotionally intense, with the self-penned tracks on her last album displaying wittily confessional and sexually frank lyrics.

Hackman continues to forge a path of painfully honest musical expression on her fourth album, Covers, even if it is her first to consist entirely of songs written by other people. She’s been on an enforced hiatus as a performer of late, with the days of going on tour with Laura Marling (or anyone!) a thing of the past, but she’s instead used the time to internalize a bunch of tracks that have extra poignancy for her in 2020. These she recorded between her London home and her parents’ house, as a means to express herself without the pressure of writing new material and, presumably, to maintain her upward momentum despite the restrictive times. They are, as she puts it, songs she’s “been listening to obsessively for a while,” by which she gained “a natural understanding of the music,” and was able to “be more innovative with how I transform it.”

It bodes well that Hackman’s chosen ten melodically brilliant songs for the album by the likes of Elliott Smith, Sharon Van Etten, and Edith Frost, with fittingly sharp and introspective lyrics. It’s a good sign, too, that they haven’t been reinterpreted to death already, excepting maybe Smith’s “Between the Bars.” And on the evidence, it’s clear that the singer’s delivered the covers LP we deserve in this year of COVID. It’s refreshingly uncontrived, for a start: There’s no straining to give us strength, no over-emoting to raise awareness, or raise funds. Just an artist who clearly withdrew into the recesses of her mind during lockdown (like most of us), then found the songs to complement her inner journey. The little-known Radiohead tune, adopted from the My Iron Lung EP of 1994, provides the context for her stark and heartfelt reworkings of tracks concerned with isolation, depression, unrequited love, and disconnection. Oh, and obsession. And addiction.

Hackman brings a pleasing sense of unity to these emotionally heavy numbers, too, notoriously hard to achieve on any covers album. Her smooth, plaintive voice governs every track as the principal instrument, backed by an ever-present synthesizer, guitar, and drum machine. She consequently gives the record a uniformly lo-fi quality, and something of a trip-hop vibe, achieved with the sole help of mixer David Wrench. It’s basically the sound of Hackman flying solo as singer/musician/producer, plumbing the darkness of her chosen songs and making them speak afresh in newly arranged and often eye-opening ways.

The singer’s DIY approach certainly pays off on “Realiti,” the first single off the album, resulting in a cover more obviously about inconsolable loss than Grimes’ energized EDM original of 2015. Hackman sings earnestly as one reaching out to a loved one from her past, remembering how “your love kept me alive and made me insane,” in contrast to her present life where there are “only mountains to climb,” i.e. “realiti.” The backwards electronic effects and the digitally slowed-down handclaps and backing vocals create the impression that her blissful relationship, so distant to her now, has taken on an unreal, intangible, and dream-like aspect, never to be recaptured. It’s a deeply affecting rendition, in other words, made more so by the singer defying the call to make the track explode with beats on the catchy chorus. She’ll have no dancing here.

Hackman also does a fine job of stripping back “Phantom Limb,” once an outwardly sunny and upbeat affair by The Shins, now the epitome of hushed melancholy. The mournful vocal, the bass-heavy drum beat, and the delicate guitar arpeggio recall Massive Attack’s “Teardrop,” and they prove effective clothes for what The Shins songwriter James Mercer describes as a “fictional account of a young, lesbian couple in high school dealing with the shitty small town they live in.” The first-person narrative, indeed, takes on extra sadness in Hackman’s hands, and a deeper level of sincerity in its depiction of teenage detachment. She brilliantly heightens the sense of the two girls as ghost-like presences within their community, who “skirt the hallway signs / A phantom and a fly,” and who “Follow the lines and wonder why / There’s no connection.”

Further on, Hackman attempts to outdo even Sharon Van Etten in the eerie stakes with her version of “Jupiter 4.” It’s a tall order, as few can do fear of the unknown in a relationship quite like the New Jersey-born singer-songwriter. But she comes close, the emotion in her voice palpable as she substitutes the John Carpenter-style synth backing of the Van Etten original with an array of unnerving sounds extracted from a bass guitar, a violin, and other more mysterious sources. This is before she takes on “Between the Bars,” one of the most sacred works in the Elliott Smith canon, and tragic in its depiction of someone imprisoned by alcoholism. She knows what she’s doing here too, though, with an ethereal arrangement of fingerpicked guitars lines, strings, and self-harmonies that sustain the song’s conceit of alcohol luring the protagonist away from the real world. And so sweetly does she sing the lines: “Drink up with me now / And forget all about / The pressure of days / Do what I say.”

It’s fair to say that Hackman demonstrates 100% commitment to all the songs on Covers, ensuring there’s not a single dud among them. Even the surprising final track – a version of Beyonce’s “All Night” – comes off well, with Hackman experimenting with layered vocals and a more soulful sound. She offers a glimmer of hope here, too, as she delivers the “True love breathes salvation” message of the lyrics. But make no mistake, this album is soaked in the negative feelings of someone made uneasy by lockdown. And it’s beautiful, moving, powerful, and relevant for all that.