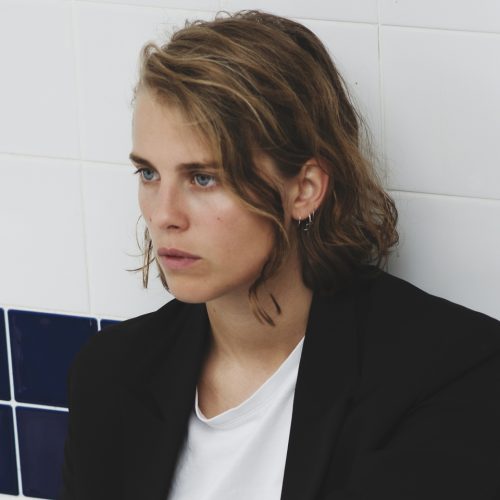 On November 13, Marika Hackman releases her album Covers. The album is full of, you guessed it, covers, and she has dropped beautiful covers of Elliott Smith’s “Between the Bars” and Beyoncé’s “All Night” to preview it. (She dropped a cover of Grimes’ “Realiti” earlier this year).

Hackman’s cover of “Between the Bars” stays true to the original, but where Smith’s vocals sound muted throughout the track, Hackman’s voice is clean and clear showcasing her range. Her acoustic guitar is smooth and layered with a gliding synth, orchestral instruments, and a steady stomping beat. In each verse and chorus, a different instrument takes the spotlight. Hackman even retains the abrupt ending of Smith’s song, but with the added ambiance of sliding fingers against the guitar strings and the creak of the seat as she stands which brings the track to a comfortable close.

It is easy to hear Smith’s influence on Hackman’s cover of “Between the Bars,” but Hackman takes Beyoncé’s “All Night” in a very different direction, as if she created an entirely new song with the same lyrics. This lo-fi rendition of “All Night” leans in on the sorrowful lyrics, a big contrast to the upbeat pop sound of the original. The bridge mimics the call and response of the original, but with the response vocals pitched down, sounding slightly robotic, to create an echoing effect. The lurching flow of the synth collides into the drumbeat, with the instruments less in your face.